A touch of Gallipoli in replica VC 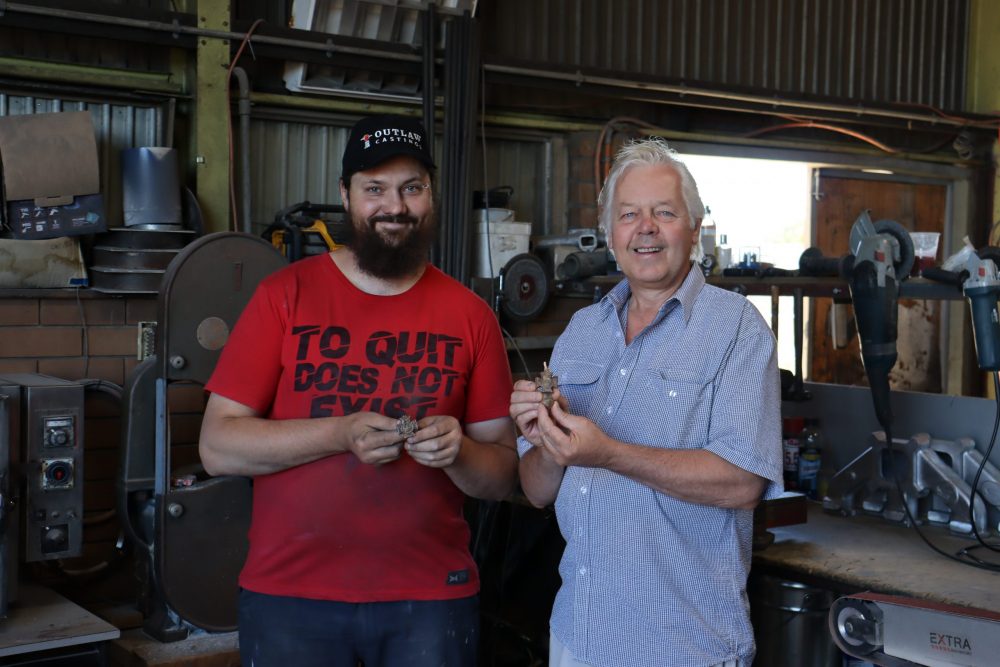 A LOCAL metal artist and foundry have collaborated to restore and replace a unique piece of military history in St Kilda Cemetery.

In recent years, it was discovered that the granite headstone of Captain Albert Jacka – the first-ever Australian to receive a Victoria Cross for his service in Gallipoli – was missing an important original detail; a replica of his VC medal.

With a 1932 photograph as reference material, Ron Davis was tasked with recreating the VC, which would be reinstalled on the headstone, below a sculpture of Captain Jacka’s side profile.

“The VC had been missing for over 70 years from the memorial headstone, and the cemetery and the 14th battalion didn’t know it was missing,” he said.

“I teamed up with good friend Dave Tatti from Sebastopol foundry Outlaw Castings. We had been donated a handful of original 303 brass bullet casings from the battlefields of Gallipoli by Armor Antiques Museum in Geelong, and [melted] them for this significant VC replacement.

“We had spent many hours working on moulds and techniques to get this right. We finally used the traditional sand-casting method with black sand; how it would have been done back in the Victorian days.”

Completed in December of 2021, the finished piece was taken down to St Kilda Cemetery, and installed by Davis.

“It was the most nerve-wracking experience to drill a hole into the solid granite stone. My heart was really pounding. I was very relieved once it was attached with no problems,” he said.

“I am truly honoured to have replaced this incredible monument’s VC. We received some beautiful comments from the descendants of the family.

“Albert Jacka’s memorial is photographed by people from around the world who come to see the first Australian VC recipient. They go there to pay their respects, and now that VC is back after 70 years.”

Mr Tatti said the reproduction work was an “interesting challenge,” striving to ensure the VC replica was as close to the original as possible.

The project was funded by Doug Baird OAM of charity Cam’s Cause. Mr Baird is the father of posthumous Victoria Cross recipient Corporal Cameron Baird who was killed in action in Afghanistan.

While serving in France, Captain Jacka was also awarded a Military Cross.