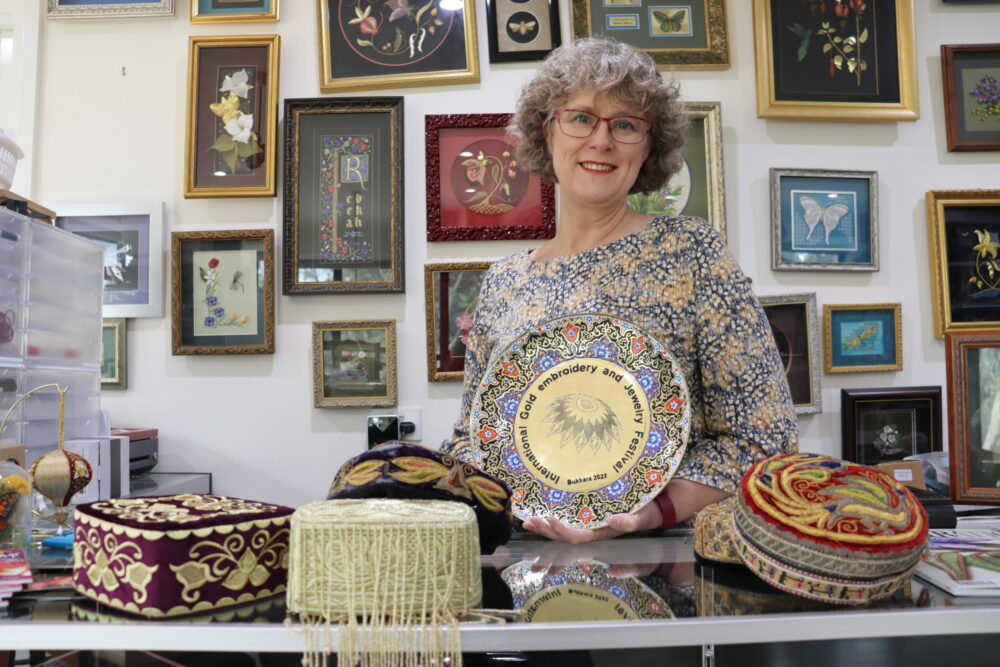 EMBROIDERER Alison Cole can now cross a new destination off her list.

Invited by the World Crafts Council’s Australian branch, Cole described the four-day event as “like the Olympic Games for embroidery,” saying it was a sensory overload.

“It was incredible to represent both Ballarat and Australia. This is the first time I’ve had to represent my country rather than just myself and it felt amazing,” she said.

“It was just amazing to see so much goldwork and colour and traditional dress everywhere you went with people dancing and singing and entertaining.

“There was a parade on our first day with giant puppets being walked down the street. They really went above and beyond in every way.”

Cole has been operating her business since 2003, and she said she’s been an “obsessive” embroiderer since her teens.

The festival lined the streets opposite the centuries-old Ark Fortress, where embroiderers from 105 countries took part in the festival to sell their crafts.

With dancing and performances, hot-air balloons and fireworks across a three-screen display, Cole said the awards ceremony was a festive feat.

“I’ve done a lot of travelling but this was so different from anything I’ve ever done,” she said.

“And to come up on stage after all that showiness and be gifted an award at the end of it is just astounding.”

Cole said the highlight of her trip was stitching during the opening of the Malika Sultan Embroidery and Handicraft Centre. 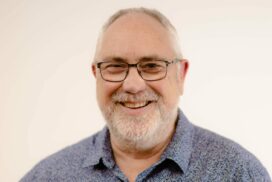 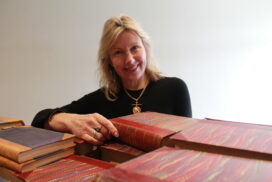 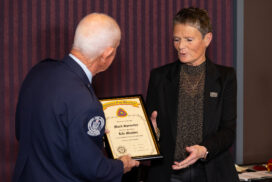