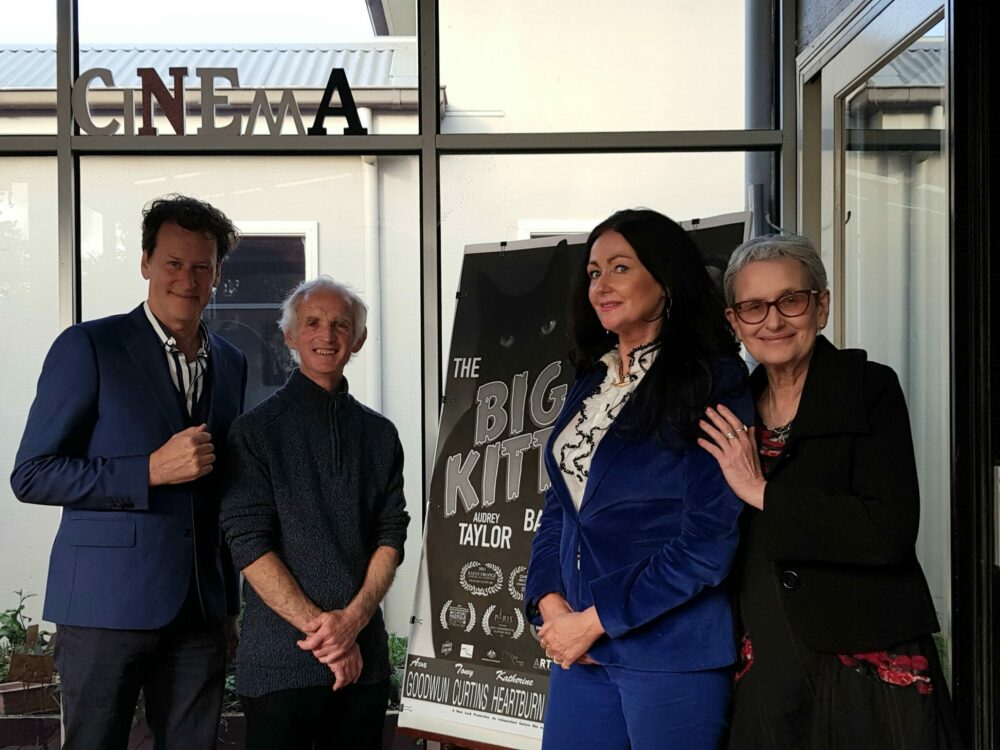 AT a private cinema in the heart of Ballarat an audience of visual artists and actors were privy to a screening of the multi award winning film The Big Kitty, directed by the dynamic duo of Lisa Barmby and Tom Alberts, both visual artists.

For first time film makers this has been an extraordinary achievement and the screening was the regional premiere for the film.

Little did they think that when they embarked on this adventure 12 years ago, it would result in The Big Kitty being Cannes Cinema section of the 74th Cannes International Film Festival, 2021 Rochefort Pacifique and 2021 Saint-Tropez film festivals

The production also won Best Experimental Feature Film 2021 at the Paris international film festival and 2020 Best Trailer at the Another Hole in the Head festival.

The 70-minute film was made on a shoestring, with a budget of only $60,000 and the support of over 70 artist friends who worked in front and behind the camera.

The Big Kitty is a true homage to the 1940s, the Golden Age of cinema and is in the style of Hollywood film noir.

It’s funny, witty and shows what can be achieved when you have passion, creativity and vision and director Tom Alberts said it was also a love poem to 1940s Melbourne.

“When we started shooting neither Lisa nor I had ever touched a camera before,” he said.

“And before our eyes iconic 40s buildings were being demolished. We had to be quick to capture them.

“I’ve always loved the Hollywood film noir of the 40s. The patter, the visual and verbal puns. That’s what we hope we have created.”

The choice of Ballarat for the regional premiere of the The Big Kitty was to thank Ballarat artists Deborah Kline and Shane Jones for their ongoing support to the rookie film makers.