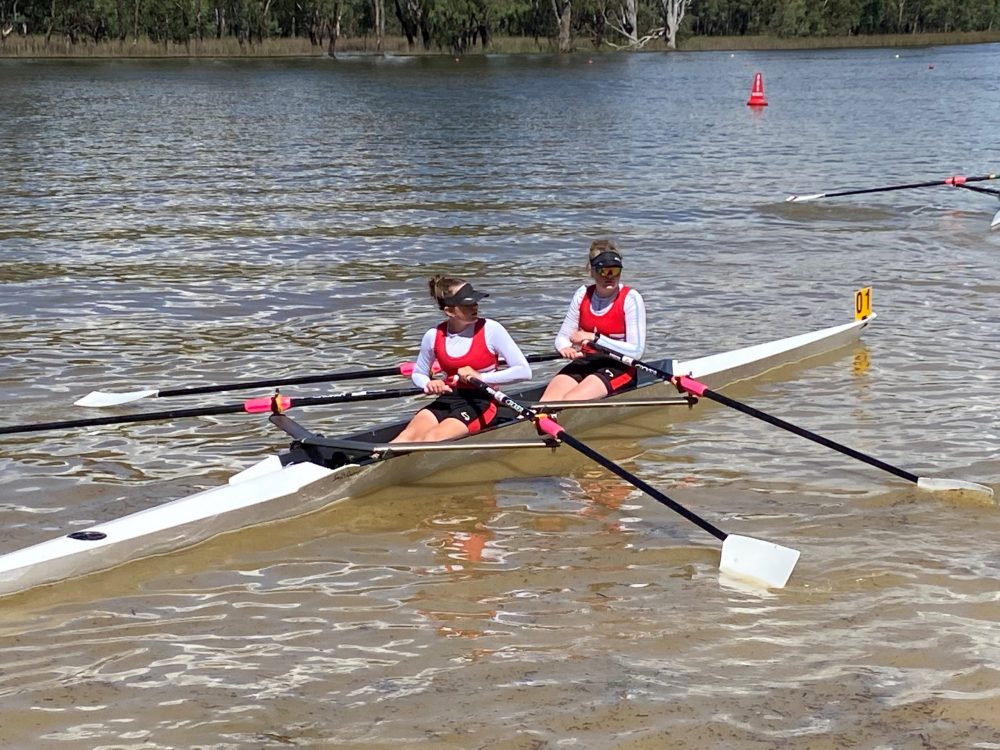 Ballarat City and Wendouree-Ballarat rowing clubs made a particular splash, taking away 18 wins in total.

Thirteen-year-old WBRC sculler Mia Woodburn was part of the winning coxed quad and placed second while racing solo in the under-15 single scull event.

Woodburn has been rowing for two years, but said her beginner quad is brand new.

“We’ve only just put the crew together. We didn’t expect to win at all,” she said.

“It was a really fun regatta, and I was grateful to be up there with all my friends. Everyone, including the other competitors on the starting line, were so kind.

“The lake at Rutherglen was calm and easy, whereas Lake Wendouree is often windy and choppy.”

BCRC junior coach Bridget Clarke said the regatta was a joyful family event. Many masters rowers experienced their first-ever race and participated alongside their own children.

There were even some state champions from Ballarat City, with sisters Keylah and Aleesha Walker winning gold in their double scull A final. Aleesha also took home six additional medals.

“The recipe for Rutherglen is to have fun, and any winning success is a bonus,” Ms Clarke said.

“The Rutherglen course also has a big bend in the middle of it, so that’s part of its charm, but it’s also entirely frustrating.

“We just go there to have a great time, and every year we come back beaming because it’s been such a fun adventure. Winning is great, but the fun times and good vibe are what they take with them.”