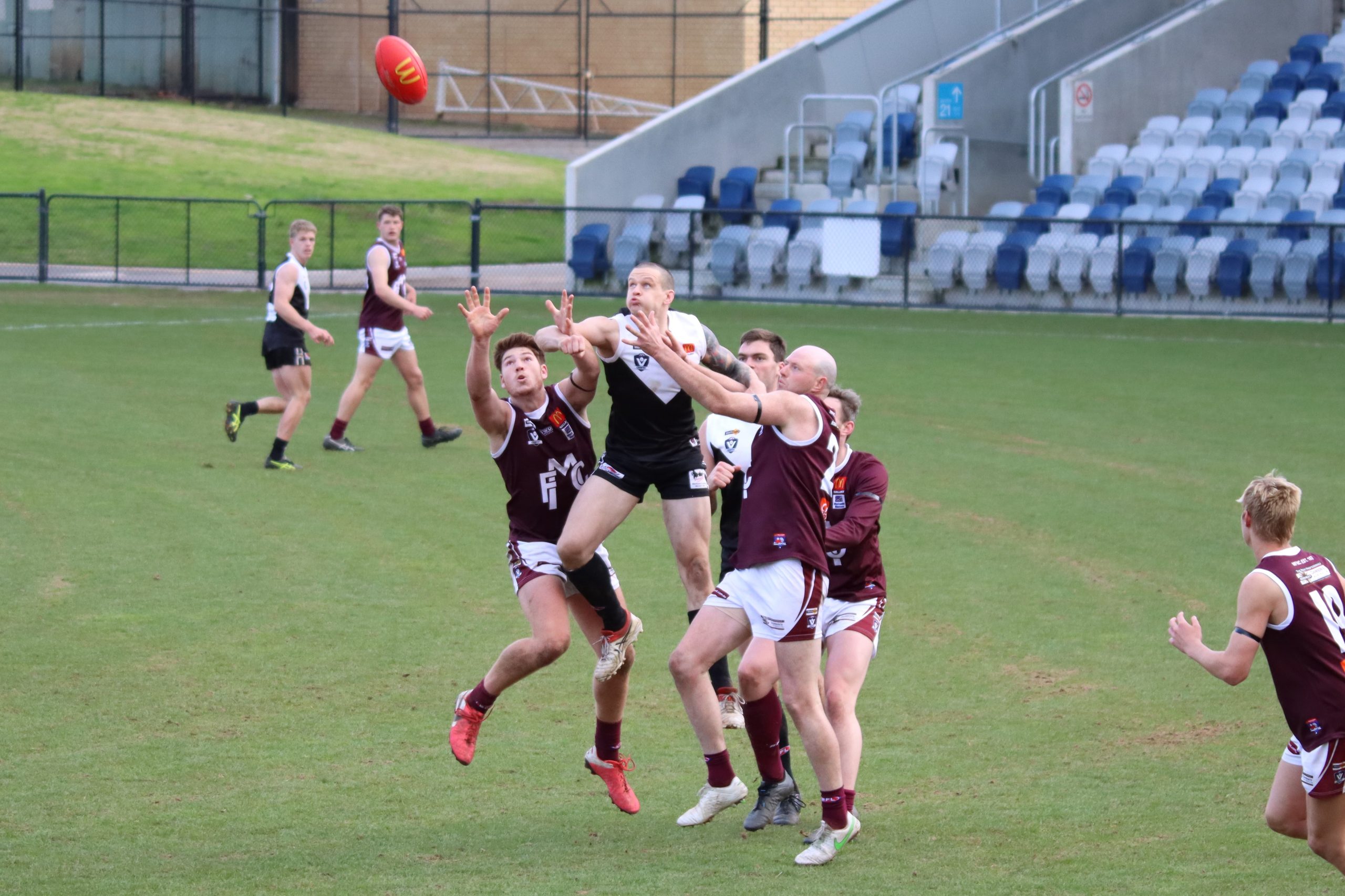 Table toppers: North Ballarat and Melton finished one and two on the BFL seniors ladder this year. Photos: FILE

AN extension of lockdown in metropolitan Melbourne has left the McDonalds Ballarat Football Netball League with no option but abandon the rest of the home and away season.

That means the football comp’s top six is set and finals action will go from 28 August.

Unfortunately, the decision has denied Bacchus Marsh, Redan and Lake Wendouree all the opportunity to get back into contention.

The Cobras were probably the unluckiest side to miss, with back-to-back losses seeing them drop from third to seventh. The silver lining is coach Tom German has recommitted to cause for 2022.

A mid-season slump cost the Lions with the re-build showing more positive glimpses in the back half of the season. All the talking points ahead of 2022 will be if Jarrett Giampaolo can convince veterans Lachie George and Orren Stephenson to go around one more time.

Although a mathematical long shot, the Lakers were denied the fairytale opportunity to return to finals footy. A relatively young group, the off-season for Dale Power will consist of building with the talent pool but also maybe finding that all important spearhead to lead the line.

With that in mind, look at the six sides who are set to play finals football.

Finishing top of the ladder and deserving flag favourites, the Roosters are set for their first premiership since 2014.

Riley Polkinghorne is one of this year’s Henderson Medal favourites with the midfielders’ great season was highlighted by being selected in Brendan McCartney’s best players every single week, including being named the very best on three occasions.

Opposition in September can’t underestimate the influence of Ryan Hobbs in defence with the veteran still as important as he was in their last premiership campaigns.

At the other end of the field, Tom Hotchin has been unsung hero in recent rounds. He may have only booted ten goals in nine games but his ability to hit up the wings with comrade Harry Loader has filled the void left from Josh Chatfield who will miss the rest of 2021 with a liver injury.

North play a picture-perfect brand of footy that’s easy on the eye, if they are able to continue to click and hit their targets by foot, good luck to anyone being able to stop them.

After being so close in the past two seasons, can the Bloods go one better in 2021?

Up forward Kevin Klix has been a livewire in his first season with Melton, kicking 15 goals in eight games.

His x-factor ability could see spend time in the middle with Jack Walker who has been one of Aaron Tymms’ favourites all season and named in best on all 10 games.

Lachie Phillips has been a real utility with the inside midfielder attending plenty of centre bounces but also spending time deep in defence. Expect him to pair Bailey Mawson as key post to try and combat some of the other sides in the competition’s tall forward lines.

Melton have all the ingredients for success. Now it is just about getting it done in Ballarat where all finals are to be played.

Still the most dangerous side when at its best, many pundits believe the three-peat is inevitable.

Kangas captain, Matt Johnston has put together another exceptional season with his aerial threat unmatchable on the big stage.

Inside forward 50, Joel Ottavi’s 30 goals in four games speaks for itself, with the return of Jake ‘The Excitement Machine’ McQueen in recent rounds also adding an extra layer to the side.

Free from injury, McQueen is one of the very best at this level and joins the calibre of Jordy Johnston, Jacob Brown and James Lukich as forward options that Jake Bridges has at his disposal to roll through the midfield if he so chooses to.

This plus a dominate 39-year-old Darren Jolly in ruck, it is easy to see why some say they are still the team to beat.

Injury riddled but not done with yet, the Burra can still cause chaos and just maybe finally get there first senior premiership.

2019’s ‘Mr September’ Matt Austin is expected to be fit for the campaign with the ex-Brisbane Lion more than capable of winning a game off his own boot on the big stage.

Ball magnet Lachlan Cassidy has had another stellar season being named in Michael Searl’s best players on six occasions. He’s notably known as a goal kicking midfielder with over 80 majors at senior level, but has only managed five this season.

With so many power forwards in the competition, look for the Burra to seek out Grady Snowden to lock down on the opposition’s very best in September with the cagey competitor known for rarely giving an inch.

Without their captain Tony Lockyer many think the Burra’s premiership hopes went up in smoke when he went down with injury, but their ability to still score heavily on their day will still give a glimmer of hope for that Septembers success.

Returning to finals footy for the first time since they played in the 2014 grand final, the Swans have the footy fraternity behind them as they try to bring some silverware back to Alfredton Oval.

The back half of the season was highlighted with the return of the 2019 Tony Lockett Medallist, Andrew Hooper who kicked 20 goals in five matches.

Captain Sam James has arguably been his sides’ top player, with Joe Carmody naming him in the best on seven occasions and his 14 goals this year showcased the important role he has to play not only in the midfield but resting at full forward.

Across half back Bailey van De Heuvel has been the obvious breakthrough with the key post being rewarded with VFL-selection at Footscray multiple times this year; in his absence expect Mitch Martin and his damaging left foot to be the focal point of their rebound from half back.

A young side with nothing to lose is the story for the Swannies, with respect to continued to be gained.

A methodical approach and a terrific finish to the season which saw them win four out of their last five games has seen the Lions sneak into the competitions top six.

The recruitment of Tyson Lever has been the signing of the season and his ability to incept anything in his general direction is unmatched.

Career best footy from Nathan Wood across half back has aided as the perfect foil to Lever as the left footers precision ball use able to open the game up for Travis Hogson.

Hodgson doesn’t have the forward prowess at his disposal that he would like, and ‘The Aerial Assassin’ Alec Goodson is the sides’ leading goalkicker with 18 majors.

Look to swingman Luke Goater to be thrown forward as an option with only eight goals to his name this year but the talent to see Sunbury through the finals.