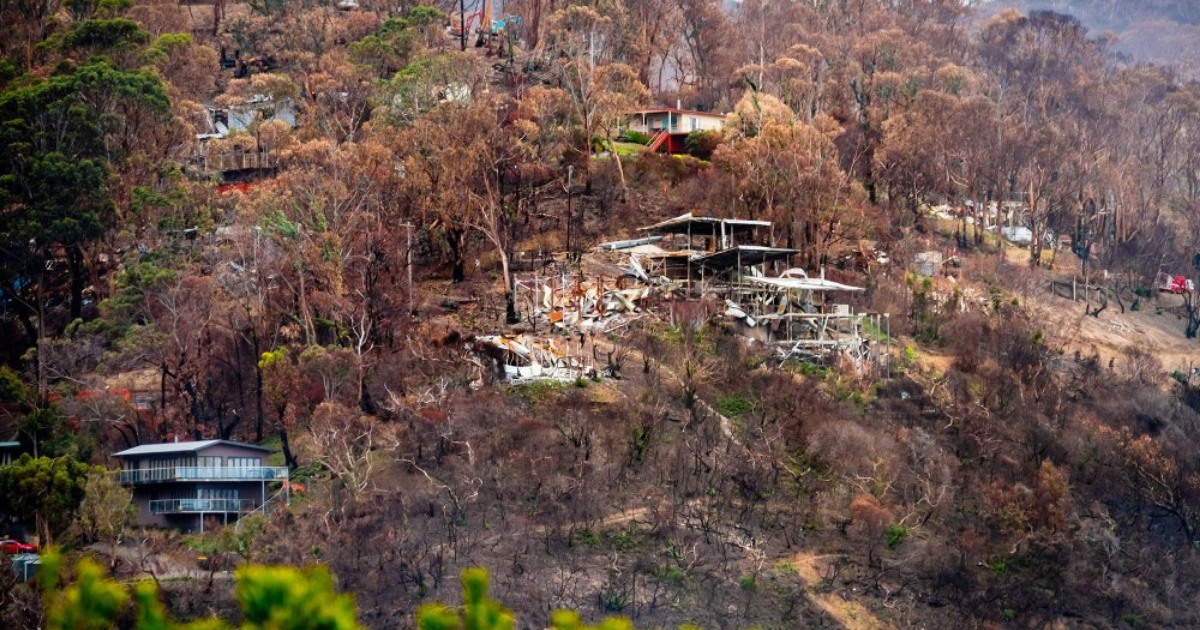 Burnt-out houses near Wye River after the 2019 bushfire. Photo: SUPPLIED

ONE in 25 Australian properties are likely to be uninsurable by 2030 due to increasing risks from extreme weather and climate change, new analysis from the Climate Council concludes.

The number of at-risk properties in Greater Geelong, the Bellarine and the Surf Coast rises sharply when focusing on more hazard-prone areas via the postcode searchable map.

Riverine flooding is the greatest threat for more vulnerable areas such as Moolap, Fyansford and Barwon Heads, where between 20 per cent and 60 per cent of properties are considered to be under threat by the end of the decade.

Bushfires present as the most serious risk to the region’s communities heading west through the Surf Coast and hinterlands of the Otways, particularly in the north.

One of the worst case scenario’s is Kennett River, where 95 per cent of 188 properties are deemed vulnerable to bushfire by 2030.

Southeastern sections of the Otways from Anglesea to Wye River fare better for bushfire hazards, so too the mid to western coastal Otway areas from Skenes Creek to Wattle Hill, where few properties are identified as being at risk from fire, although flooding is deemed an issue in the east.

The mid and northern sections of the Otways are considered far more vulnerable, largely due to fire, but also flood.

The risk scenarios throughout the region elevate rapidly when the modelling looks further forward towards 2050 and 2100.

By the end of the century, under high emissions predictions, 88 per cent of Bells Beach properties become vulnerable, and large swathes of the Surf Coast’s homes east of Torquay become largely uninsurable – 40 per cent of Aireys Inlet, 70 per cent of Fairhaven and then between 55-100 per cent of homes all the way to Port Campbell and across the Otways, with the exception of Apollo Bay.

“It is clear that Australia is fast becoming an uninsurable nation,” climate councillor Nicki Hutley, a leading economist and former partner at Deloitte Access Economics, said.

“Skyrocketing costs or flat out insurance ineligibility are becoming more and more widespread under climate change.

“As an economist, I find these new numbers shocking and deeply concerning.

“This map makes it clear that the emissions pathway the next federal government sets us on will play a critical role in determining the insurability and future prosperity of entire communities and regions across the country.”

To see the Climate Risk Map and see how your suburb, local government area or electorate is affected by the risk of fires, floods and extreme wind by 2030, 2050 and 2100, head to climatecouncil.org.au/resources/climate-risk-map 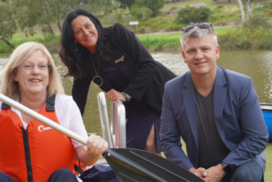 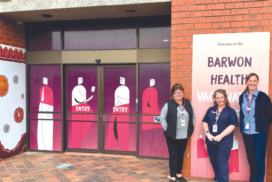 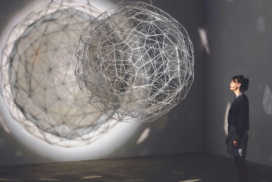