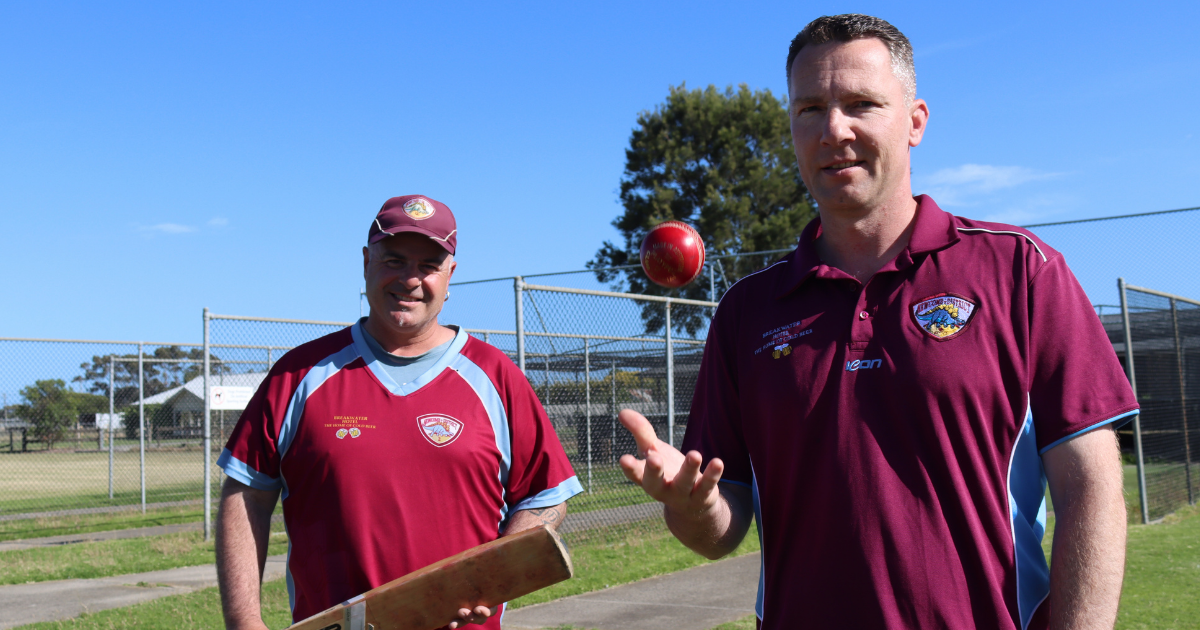 NEWCOMB cricketers hope to be steaming in at new nets next summer after receiving funding for an upgrade of their training facilities.

A $400,000 development of cricket nets at Moolap’s Grinter Reserve – home of Newcomb District Cricket Club (NDCC) – has the green light after the City of Greater Geelong (CoGG) and state government agreed to co-fund the project.

The upgrade would give the club an all-encompassing training facility featuring turf and hard wickets to allow teams to train together, rather than at separate nets at opposite ends of the reserve.

Grinter Reserve is also set for a clubrooms expansion that will upgrade facilities for teams and its community uses.

NDCC president Damian Lynch said the projects would help the club attract and retain players, to build on its current offering of three senior GCA3 teams and two junior sides.

“There’s a lot going on at the moment with the clubrooms and the nets, and it’s going to be a point of difference in the area,” he said.

“It’s been a long time coming. The rooms haven’t been touched for about 25-30 years, the turf nets are about 10 years old, and the other practice facilities have been there since day dot.

“You want to be able to attract, not only senior players, but our vision is to attract junior players too – male and female.”

Mr Lynch said the club hoped that the new nets would be up and running in time for the start of next summer’s cricket season.

Geelong’s council voted in October to set aside $300,000 in its 2022-23 budget for the upgrade, subject to the state government contributing the remainder, which it did this month.

“The works will bring the club’s practice facilities up to a high standard, allowing players to get the most out of their training sessions,” mayor Stephanie Asher said.

“Congratulations to the club’s committee, which has worked hard to secure this funding, and we are really pleased that our application to Sport and Recreation Victoria for the final $100,000 needed has been successful.”

NDCC was among recipients of this year’s $1.1-million state community cricket program, aimed at improving sporting facilities and boosting participation across Victoria.

“By investing in better facilities, we’re opening more opportunities for all to get involved in their local club and follow in the footsteps of their cricket heroes.”