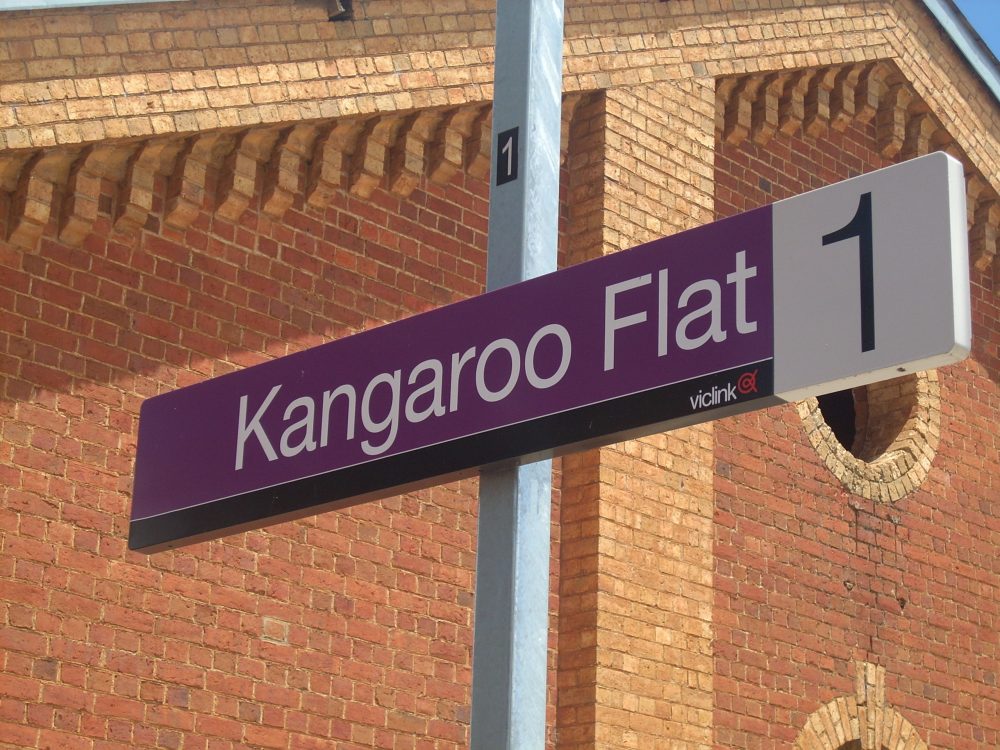 Kangaroo Flat is approximately 18.4 square kilometres and has 70 parks covering nearly 35 per cent of total area.

Kangaroo Flat is a large suburb south-west of the Bendigo city centre.

The Bendigo Creek and some of its upstream tributaries flow through Kangaroo Flat, and it was along the Bendigo Creek about four kilometres downstream of Golden Point that Bendigo’s early gold mining was concentrated.

There are reports of gold workings in Kangaroo Flat early in 1853, and it was the finding of the rich Crusoe gully west of Kangaroo Flat in mid-1853 that started a rush to the district. The Bendigo district’s largest gold nugget (377 ounces) was found near Crusoe Gully in 1861.

The area was first named Yankee Boat Flat, but the pursuit and capture of a kangaroo by miners apparently caused a change of name.

Most mining was alluvial or by puddling machines until several companies began exploiting quartz reefs in 1871.

By the mid-1860s there were Anglican and Wesleyan schools, seven hotels, a railway station on the Melbourne to Bendigo line (1862) and about 25 puddling machines at work.

In 1873 the Crusoe water reservoir was completed in Crusoe Gully, an important step towards permanent water for Kangaroo Flat and Bendigo.

There was sustained mining activity throughout the 1870s and 1880s, but the next two decades saw the population fall to about two-thirds of the peak census figure reached in 1881.

Kangaroo Flat continued as a Bendigo outer suburb until the years following World War II, when post war industries were attracted to it.

CoreLogic data indicates that the predominant age group in Kangaroo Flat is 20-29 years with households being primarily childless couples and are likely to be repaying $1000 – $1399 per month on mortgage repayments, and in general, people in Kangaroo Flat work in a labourer occupation.

Kangaroo Flat has three sites on the Victorian Heritage Register: the railway station complex (1862), the former common school (1870) and the Coliban water supply system that feeds into the Crusoe reservoir. 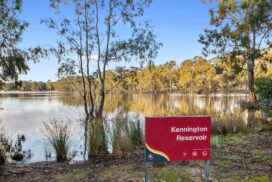 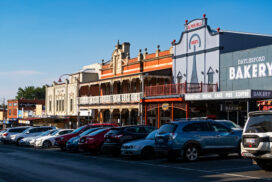 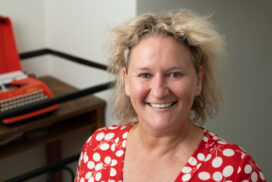