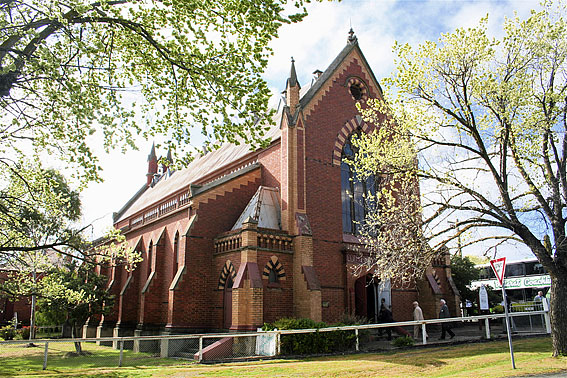 The size of Long Gully is approximately 3.4 square kilometres with the population recorded at 3338 in 2011 and by the 2016 Census was up to 3369 showing growth of 0.9 per cent in the area during that time.

Long Gully is three kilometres north-west of the city’s centre with the Long Gully Creek signifying the physical location of the suburb, and the Long Gully reefs ran southwards from Eaglehawk.

In its heyday Long Gully was particularly rich, realising yields as high as five ounces of gold to the ton.

Long Gully included the area of Ironbark which is now a separate suburb.

There were commercial and civic centres in Eaglehawk Road, now Loddon Valley Highway, near Havilah Street and Creeth Street.

The government school (1878) superseded an Anglican school that had opened in 1856.

The mines were supported by foundries and engineering works, and the locally employed population supported local shops and hotels.

The southern part of Long Gully is distinguished by the Ironbark (creek) gully, and west of the Loddon Valley Highway is the Ironbark or Victoria Hill conservation area.

Long Gully was on the Eaglehawk tramline which closed in 1973.

The Long Gully primary school (1878) is on the Victorian Heritage Register and was closed in 1992.

CoreLogic data indicates that the predominant age group in Long Gully is 20-29 years with households in Long Gully being primarily childless couples and are likely to be repaying $1000 – $1399 per month on mortgages. In general, people in Long Gully work in a labourer occupation.