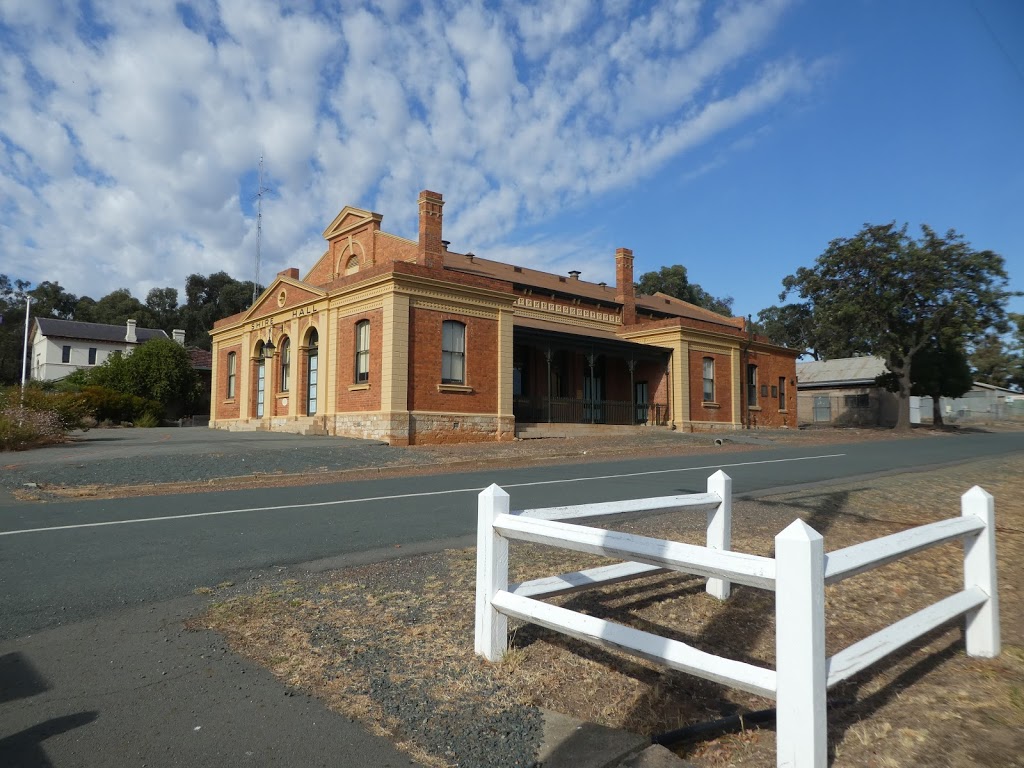 Rushworth is approximately 179.7 square kilometres and has four parks covering nearly 0.5 per cent of total area.

Rushworth is situated in hilly country which is mainly taken up by the Rushworth ironbark forest.

Before the discovery of gold Rushworth was part of the Wanalta pastoral run (1840) of 25,000 hectares, which included the freshwater Lake Cooper to the west.

The pastoral run lay on a route from Bendigo to the Ovens gold diggings in north-east Victoria.

In August 1853, some inquisitive gold diggers found gold at Rushworth, reportedly with the assistance of Aboriginal people.

A rush to the new field brought government supervision, the Assistant Commissioner was Richard ‘Orion’ Horne, one time poet and author who had come to Australia in 1852, and is credited with naming Rushworth.

On the voyage out his fellow passengers were the Rushworth family, and the ‘rush’ to the new gold field was ‘worthwhile’.

The Rushworth township site was surveyed in 1854, National and Presbyterian schools were opened in 1858 and 1859, and were replaced by a government school in 1872.

The school building was incorporated in Rushworth High School, and is on the Victorian Heritage Register.

In 1865 Rushworth had the Waranga shire hall, a mechanics’ institute in the hall, a courthouse, three hotels, and branches of a bank and an insurance company.

Although the Rushworth goldfield is a relatively small and isolated one, it has had 26 mines and it operated continuously until the 1900s.

Rushworth missed being included on the railway line from Seymour to Shepparton (1880), and it took 10 years of agitation for a branch line from Murchison to Rushworth and another 24 years before the line was extended westwards to the agricultural hinterland at Colbinabbin.

CoreLogic data indicates that the predominant age group in Rushworth is 60-69 years with households in Rushworth being primarily childless couples and are likely to be repaying $1000 – $1399 per month on mortgages. In general, people in Rushworth work in a labourer occupation.

During World War II the Waranga district held most of Victoria’s internment and prisoner-of-war camps with two camps a short distance north of Rushworth.