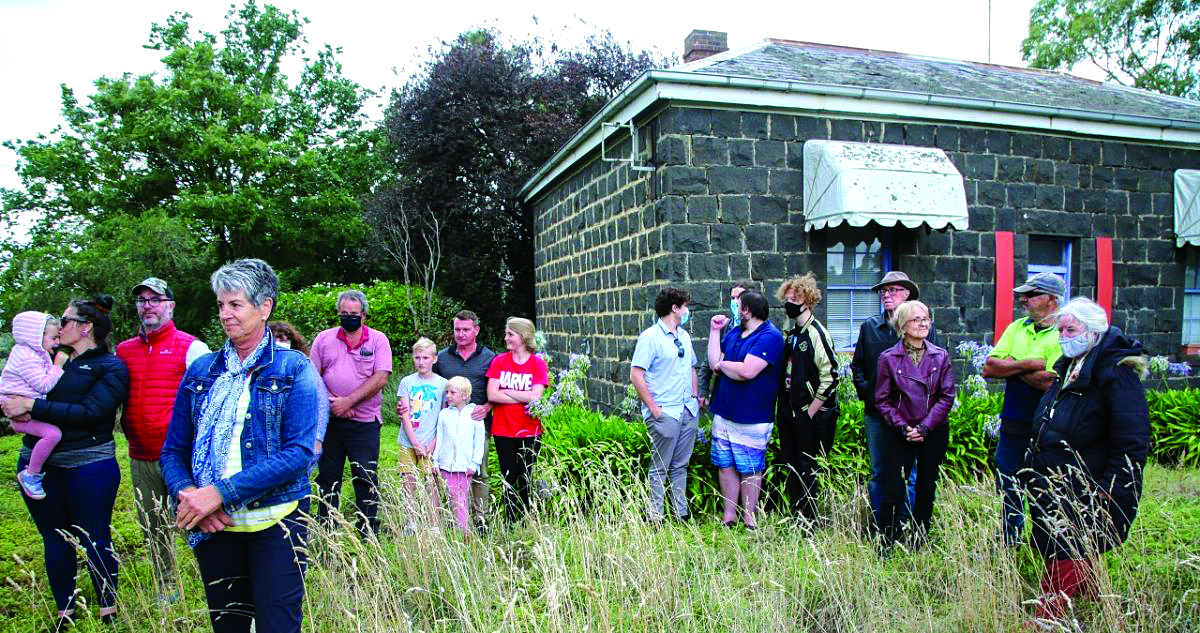 Virginia Johnson with members of the group currently fighting to preserve the bluestone cottage located in Marshall. Photo: SUPPLIED

THE fight to preserve a bluestone cottage has ramped up after sparking council’s interest during last week’s meeting.

Up to 100 people have now rallied behind the preservation of the McAteer Bluestone Cottage which has been earmarked for demolition since late last year.

During the February 24 meeting, councillor Peter Murrihy said it was important to hold onto the legacy of the building.

President of the cottage committee, Virginia Johnson, said having Cr Murrihy’s support is giving the group a sense of encouragement.

“Councillor Murrihy broke out of two meetings to attend for a short time,” she said.

“He gave us insight into what might be required and what barriers we are going to have to overcome which will be proving that the infrastructure is necessary for the community and the cost of relocation.

“We as a committee would like to see that cost partly paid by Major Roads Projects Victoria (MRPV), the City of Greater Geelong and the Victorian Government.”

McAteer’s Bluestone Cottage has remained a distinctive relict of the Marshall community for more than 150 years but faces demolishment to make way for the Barwon Heads Roads duplication set to be completed by MRPV.

The project is set to increase traffic flow to the area by duplicating four kilometres of the road, removing a level crossing and improving existing intersections.

The city has previously called the extensive road works “necessary” in order to support the growth areas of Armstrong Creek.

Ms Johnson says the committee is currently drafting a proposal to be submitted to the city that addresses each barrier set out by Cr Murrihy.

The committee will propose that the “historic landmark” be relocated to the park opposite from its current location on the corner of Tannery and Barwon Heads roads.

“We are pushing on with our quest to relocate and preserve the cottage so that it can become the heart of the Marshall community,” Ms Johnson said.

Last month program director Tim Price confirmed that MRPV would work with local partners to honour the cottage’s history within the community by reusing some of its materials.

Ms Johnson who requested building reports and structure plans from MRPV last year has yet to receive a response.

“We have been requesting this information since November,” she said.

“It is not good enough.”