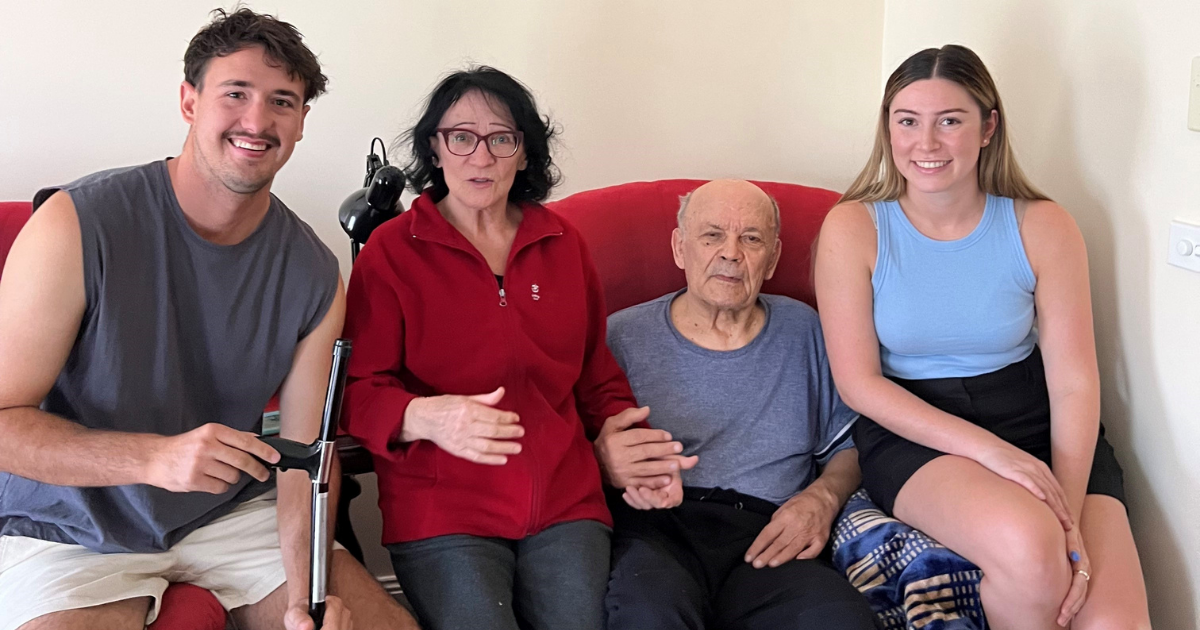 The Haidamashchuk's in Teesdale. Photos: SUPPLIED

WITHIN weeks of Russia invading Ukraine in late February, former Geelong resident Olena Dyer had organised for her parents to flee their home city of Khmelnytskyi, 320 kilometres south-west of Kyiv, to Romania.

It took Vitalii and Larissa Haidamashchuk, along with their daughter-in-law and granddaughter, 24 hours to make the trip by car to the Romanian border, a journey that ordinarily takes a little over four hours.

“I called and said if it’s safe, get out now … I said if the bombing begins, dad will not be able to get from fourth floor to the basement,” Ms Dyer explained from her Teesdale home.

“There were many other people on the road … it was a great ordeal to sit in the car for 24 hours,” Ms Haidamashchuk said.

Vitalii Haidamashchuk now walks with the aid of a stick and sometimes has to use a wheel chair.

“I didn’t tell neighbours I was leaving,” Ms Haidamashchuk said, nor did she have time to say goodbye to her 46-year-old son who was unable to leave having been – along with all other men of fighting age – conscripted to fight.

“It was the first time I was forced to leave my state, I love my country, but we had to do it.”

As the Haidamashchuks waited in the relative safety of Romania, their daughter organised a three-month visitor visa for them to Australia that they used on arrival at Tullamarine airport in April.

Their daughter-in-law and grand-daughter are now in Germany.

“We were not planning to go so far away, but it was better than staying in Romania,” Ms Haidamashchuk explained.

An English teacher, she and her husband Vitalii are now staying with Ms Dyer and her family in Teesdale, watching from afar as the war devastates their homeland.

“Every day we try to watch information from Ukraine on TV, it’s very difficult not only for us, but the people who are in Ukraine … it’s very strange for us, so unhuman.”

“It’s unreal, watching multi story buildings destroyed … we have friends who are Russian, why are we fighting with them?” Ms Dyer added.

“We are looking to apply for residence, just in case,” she said, fearing the war may drag on for years.

“We wouldn’t be able to right now” her mother Larissa said of being able to return home, with no flights into Ukraine and her husband Vitalii already having struggled to make the journey out.

“They are similar to the people who are living here,” Ms Haidamashchuk said.