Geelong stars light up the stage in Hamilton 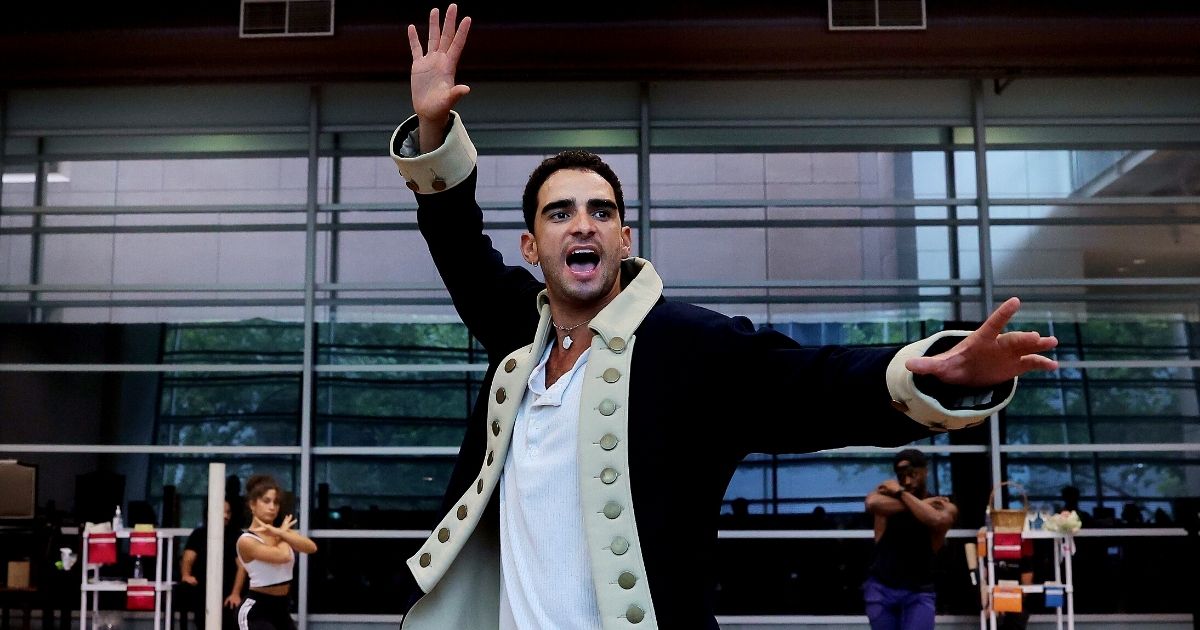 Two of Geelong’s brightest stars will step onto the stage at Her Majesty’s Theatre in Melbourne for the opening night of the award-winning musical Hamilton tonight (Thursday. March 24).

Lyndon Watts (as Aaron Burr) and Kyla Bartholomeusz (ensemble/dance captain) are fresh from a season in Sydney and ready to perform the Lin Manuel Miranda-created Broadway sensation in their home state.

Watts, a former St Joseph’s College student and graduate of the Western Australian Academy of Performing Arts, says the role is proving to be beyond anything he could have imagined.

“It’s wonderful, the response has been incredible,” he says. “I knew they would enjoy it because Hamilton the musical was loved worldwide but I’ve never experienced anything like it.”

The 28-year-old has performed in musicals such as Aladdin, West Side Story and A Chorus Line. He was also a finalist for a Rob Guest Endowment award in 2018.

But it was seeing the original Broadway cast of Hamilton in New York in 2015 that was a pivotal moment.

“It was pretty important to me because not often, at that point, had I seen that many people who looked like me, my family and my loved ones, telling stories and singing – it’s quite rare to see an ensemble of actors represent what our streets actually looked like.

“That was one of the first times I saw myself truly represented in a contemporary sense in the art I was pursuing.

“Normally with people of colour or the black experience, sometimes it can be limiting and there might not be more than one role in a musical you think you have a chance at getting.

“But with Hamilton there were so many opportunities that I just wanted to give it my best shot and see where I landed because I could see myself in so many of these characters.”

Hamilton premiered on Broadway in August 2015 to wide critical and audience acclaim.

Featuring a score that blends hip-hop, jazz, R&B and Broadway, Hamilton takes the story of American founding father Alexander Hamilton and creates a revolutionary moment in theatre – a musical that has had a profound impact on culture, politics, and education.

The show has won Tony, Grammy, and Olivier Awards, the Pulitzer Prize for Drama, and an unprecedented special citation from the Kennedy Center Honors.

“It’s such an exciting time to be starting a new chapter of the Hamilton story in Melbourne, sharing this phenomenal show with a new city,” Cassel said.

“The reaction from the people of Melbourne has been overwhelming, there’s so much excitement and anticipation in the air, so it’s amazing to be up and running with performances.”

Tickets for the Melbourne season are on-sale via Ticketek, booking through to July 31.