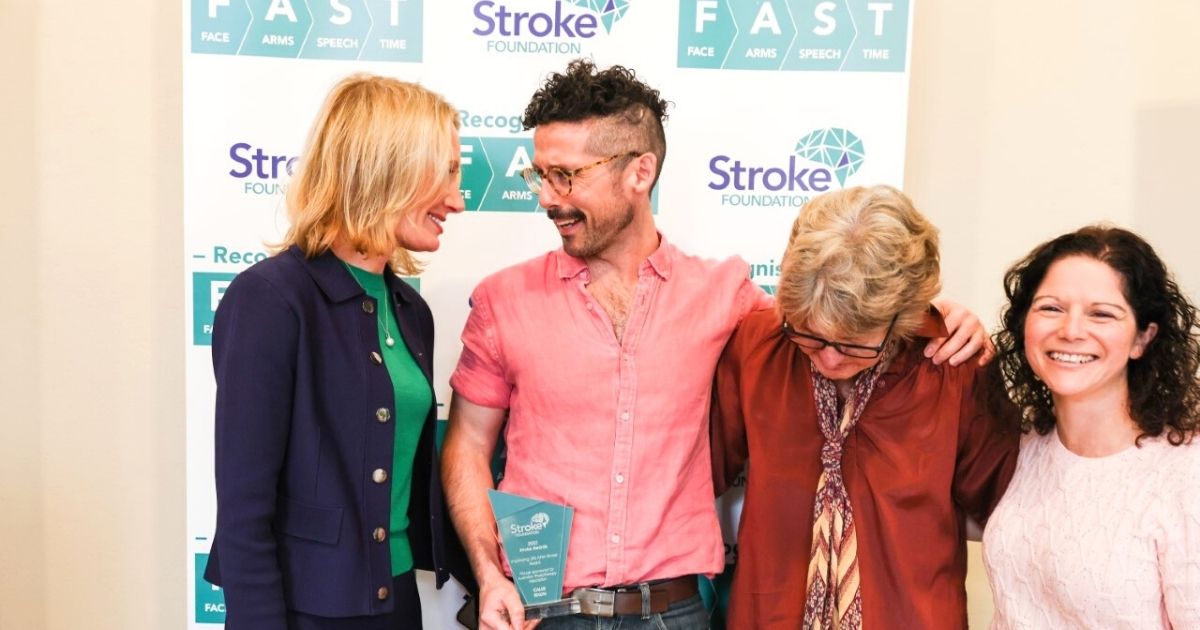 Caleb, who founded the GenYus Network in 2015, won the Improving Life after Stroke Award at the Stroke Foundation Stroke Awards held at the State Library in Melbourne on May 4.

The inspiring stroke survivor said it was an honour to be recognised alongside his peers.

“The award is recognition that I am trying to create a better pathway than the ones that already exist,” he said.

“I really want people to know there’s so much more to life after stroke, it can be a really triumphant journey if you are well supported by your peers.

“I hope the win gives people a better awareness of the GenYus Network so people know there is a safe space for people to connect and celebrate with a network of likeminded people.”

Caleb, a graduate of the prestigious West Australian Academy of Performing Arts (WAAPA), was on the precipice of a promising stage career when he suffered a major stroke at just 24.

It set him on a new path to help hundreds of others whose lives had been affected by a stroke. The GenYus Network now has more than 1,500 people involved including survivors, supporters, health professionals and researchers.

“At the GenYus Network, we’re working on a secure story sharing platform which is an online space that allows our network to connect and collaborate,” Caleb explained.

“We want people who have been touched by trauma to be able to have meaningful and measureable lives, whether that’s survivors, supporters, professionals, researchers or clinicians.

“Our aim is to improve the quality of life of people who have been touched by trauma and also increase mental health awareness and resilience.”

“Caleb’s work has helped people adjust to life after stroke. He is a fierce advocate, constantly challenging the message that those with newly acquired disabilities are somehow less than they were before,” she said.

“Stroke can happen to anyone at any age. It strikes the brain and can change a life in an instant. It is estimated more than 142,000 survivors of stroke are of working age.

“Our community is enriched because of young people like Caleb, who are committed to sharing their knowledge to empower and enable others.”