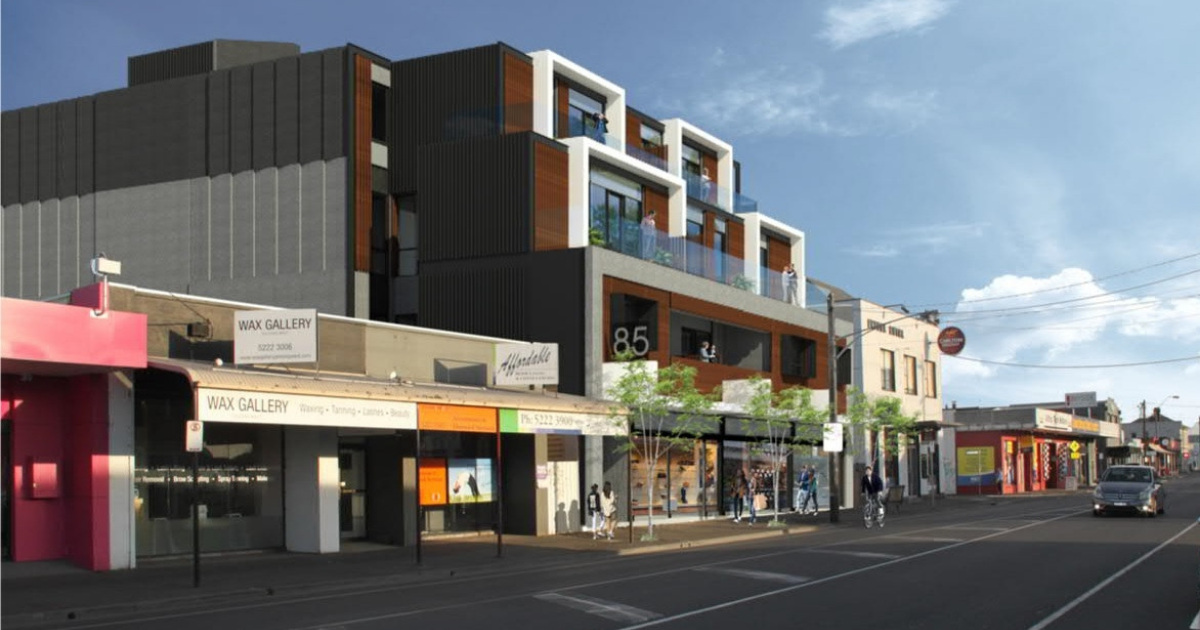 A PLANNING permit has been granted for construction of a four-storey, 24-lot subdivision at 85 Pakington Street in Geelong West, next to the Petrel Hotel.

Original plans for the proposal that consisted of at least 16 apartments and three retail stores had been referred to a Decision Making Committee (DMC) within the City of Greater Geelong after it received 54 objections, but after the DMC approved the project on February 7 the right to appeal to VCAT was not taken up and a permit granted.

Members of the ‘Help Save Pako Street’ Facebook Group had urged COGG to “make a real effort when going to VCAT, instead of just virtue signalling”, in order to oppose the development.

Others questioned allowing a multi-residential development to go in next door to a live music venue.

Original plans for the development said the proposed “residential development has considered that The Petrel is a live music venue and additional noise attenuation is proposed, such as additional glazing to mitigate potential noise impacts from the live music on the future residents”.

Two houses were demolished at the Pakington Street site in 2020 by owners Tentex Wholesale Pty Ltd.

The plans projected a height of over 17 metres for the development, on a site area of 735 sqm, although COGG’s director of city planning and development Gareth Smith said “at the moment there are no maximum height limits” in the area, as it is zoned commercial 1.

Mr Smith said there are no other four-story developments in the vicinity of the Pakington Street development “at
this stage”.

“However council’s Pakington Street Urban Design Framework (UDF) is seeking to guide future growth and development in the area.

“Under the draft Pakington Street UDF, the preferred maximum height in this area is four to six storeys. The UDF is still under consideration.”

Approval for private developments of four storeys and over in the city have effectively been paused while the Victorian Government assesses new planning controls for the region, including the Central Geelong Framework, that will determine the future height and shape of buildings in and around the CBD.