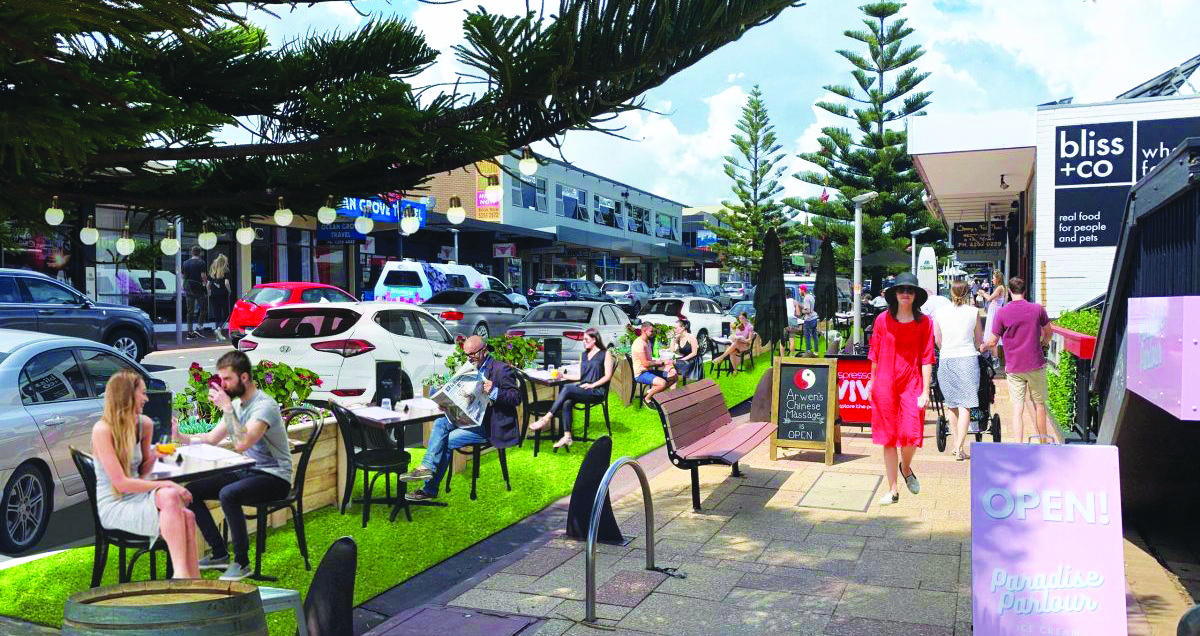 The controversial parklets will remain in place to accommodate a predicted surge in tourism over the Easter holidays.

AN OUTDOOR dining extension has been confirmed as the City of Greater Geelong prepares for a surge in tourism over the school holidays.

The fresh air dining initiative was introduced to Ocean Grove’s main street in 2020 and will continue to be utilised until the end of April to accommodate additional visitors along the Bellarine Peninsula.

Parklets have popped up in a number of hospitality precincts across the region to help combat the loss endured by restaurants during strict indoor capacity caps.

Despite reports emerging that Ocean Grove businesses owners were becoming increasingly frustrated with the parklets, a city survey indicated the initiative was a success with 61 per cent of responders calling for an extension.

Mayor Stephanie Asher said the survey, completed by both traders and residents, indicated there was widespread support to continue providing the activation.

“There was strong feedback from traders that the project had improved the look and atmosphere of the street and helped attract visitors to the precinct,” Cr Asher said.

“Although we do appreciate there are some traders who do not support the changes, the public response was overwhelmingly positive, with many enjoying the variety of dining options and greater street activity.”

A total of 97 COVIDSafe dining sets were activated along The Terrace in December in response to the Victorian Government’s commitment to prioritise outdoor activities during the pandemic.

The alfresco extension was anticipated to be a three-month trial but will be extended a further six weeks until April 18 to accommodate a final influx of visitors ahead of the quieter months.

“The extension will hopefully attract more visitors and encourage them to spend time in the street through the busier Easter and school holiday period,” Cr Asher said.