Surfers took their protest against seismic testing into Corio Bay to disrupt the loading of a seismic testing ship en route to the waters between Apollo Bay and King Island.

TORQUAY surfer Belinda Baggs led a paddle out from Geelong’s Port on Sunday, protesting seismic testing for oil exploration in the Otway Basin.

More than 40 protesters were either in the water on their boards to disrupt the loading of seismic survey ship the Geo Coral or blockading the gateway entrance to the port as part of environmental group Otway Climate Emergency Action Network campaign.

Three protesters locked themselves to the gates with chains and bike locks, with one arrested and all released without charge at this stage.

OCEAN spokesperson and Apollo Bay resident Lisa Deppeler said the peaceful, COVIDSafe demonstration achieved its aim to disrupt the ship’s operations, delaying the vessel by about three hours, and raising awareness of the impact of seismic testing on the marine environment and the local fishing industry.

Lisa said this was OCEAN’s first organised protest, with the support of other Geelong and Otway region groups, which also aimed to draw attention to the bigger issue of Australia’s inaction on climate change.

“We write letters and respond to what little opportunity there is from NOPSEMA but our efforts are just ignored,” she said, explaining why environmentalists chose to protest.

Lisa said the ship was en route to the Otway Basin, west of King Island, to explore for gas.

“The offshore title to be surveyed by the Geo Coral is owned by gas and oil companies’ 3D Oil and ConocoPhillips and covers an area of 4,089 square kilometres,” she said.

“The plans have rung alarm bells for fishers, environmentalists and King Islanders.

“Seismic blasting involves releasing 259 decibel blasts from the rear of the ship, to determine gas and oil deposits deep below the ocean floor.

“The blasts are so loud they are no longer a sound you can actually hear; they are a massive shock wave of energy; scientific evidence confirms the blasts kill, damage and disturb a huge array of marine creatures including whales.”

Apollo Bay rock lobster fisherman Trevor Barker said he joined the protest because he had seen first-hand that seismic testing was “decimating the marine life” in his fishing grounds off Apollo Bay.

“Over the last year or so, fishing has been in strong decline, the ships just go out there and blast away and don’t care what they wipe out,” Trevor said.

Lisa said the seismic testing was impacting the environment and local industries; “all this when we don’t need to find new gas”.

“If we are to limit global warming and for our planet to be a safe place for our children to live, we must leave fossil fuels under the ground,” she said. 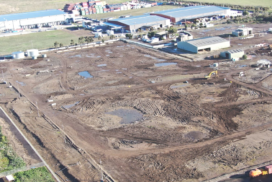 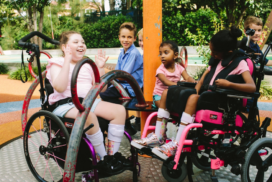 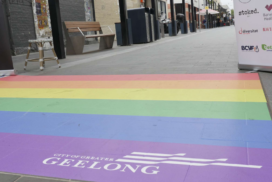