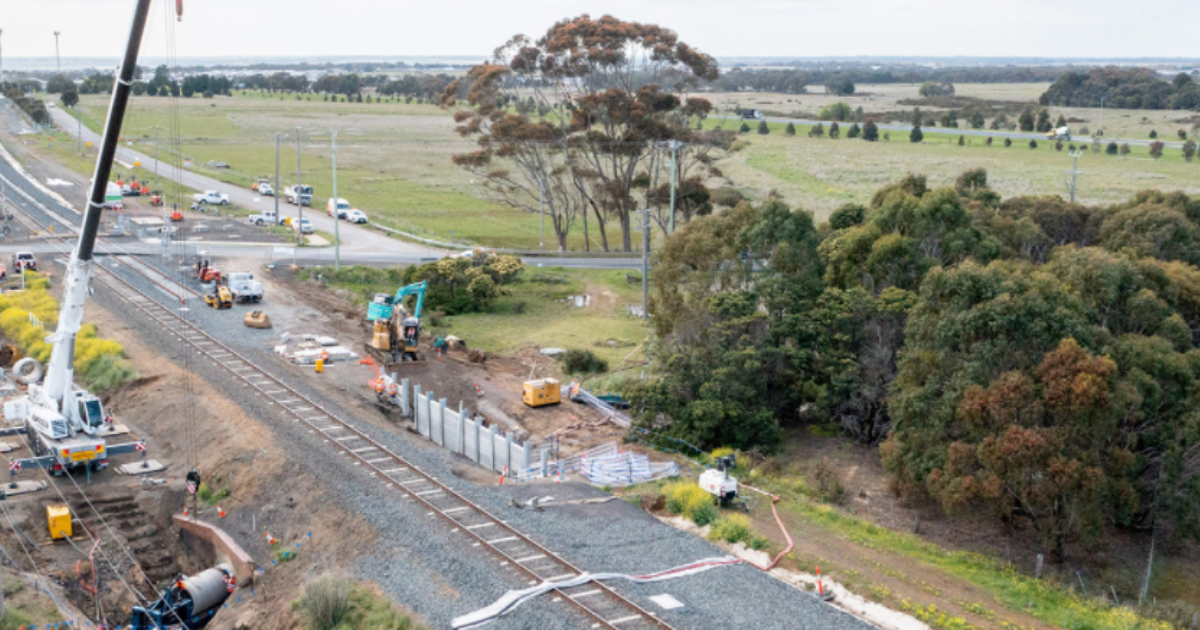 A second rail line between Waurn Ponds and South Geelong is expected for completion by late 2024. Photo: VIC GOV

CONSTRUCTION works on a second rail line between Waurn Ponds and South Geelong will start later this year as part of the Australian and Victorian governments’ $1 billion upgrades to remove bottle necks along the network.

The Djilang Alliance comprising McConnell Dowell, Downer, Arup and WSP Australia has been picked to deliver the latest instalment of the staged projected, that includes the removal of level crossings on the Surf Coast Highway and Fyans Road, with rail bridges to be constructed over the roads.

The Barwon Heads Road level crossing near Marshall station is being upgraded by Major Road Projects Victoria (MRPV) and will consist of a road over rail configuration that will add four kilometres of new lanes between Settlement Road and Reserve Road.

Piles for ground improvements and foundations for the bridge have already been completed.

More than five kilometres of shared user paths will also be built, linking existing trails and paths to create a continuous connection between South Geelong and Waurn Ponds.

Close to eight kilometres of track will be duplicated as part of the project, along with associated signalling, that once complete is expected to deliver additional services from Marshall and Waurn Ponds stations of five trains per hour at peak times and three every hour between the peaks.

Early works on the project are due to commence within coming months, including the relocation of the Barwon Water pipeline which will allow key sections of track to be duplicated between South Geelong and Waurn Ponds.

Major earthworks and drainage installation near Waurn Ponds station are also underway for a new train stabling and maintenance facility there.
Government timelines for the rail duplication project have major construction works starting later this year and are targeted for completion in late 2024.

Several bottle necks on the line between Marshall and Geelong stations remain outside the current scope of works.

Rail Projects Victoria is still working on a business case solution for the single track across the Barwon River and the 400m rail tunnel south of Geelong.