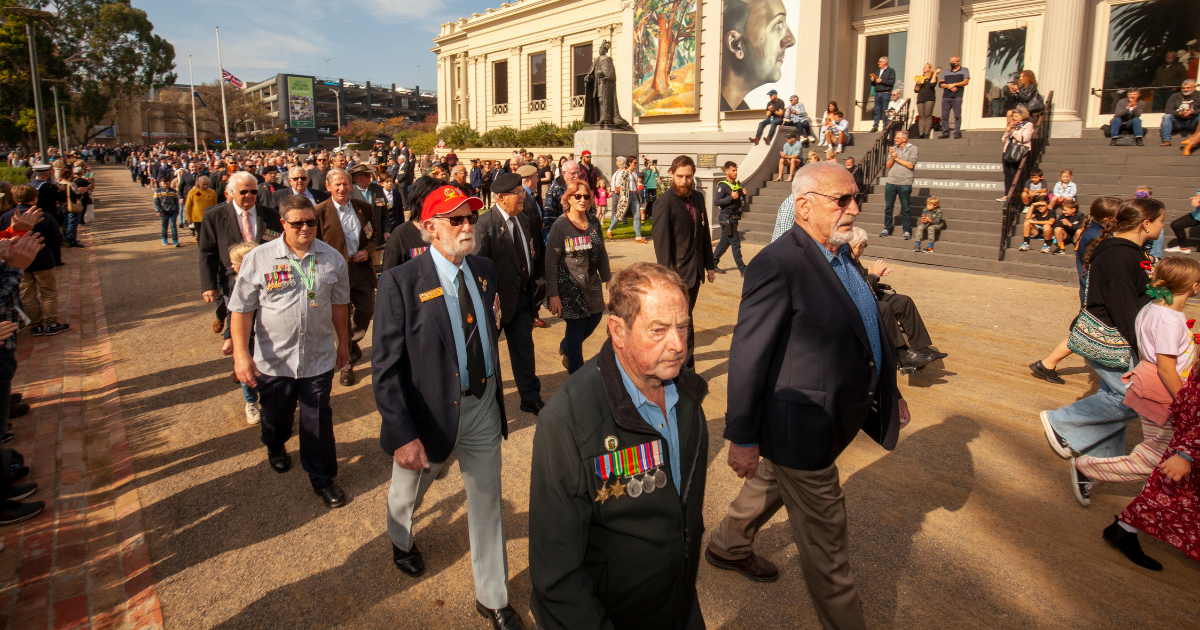 Thousands of Geelong residents took to city streets this week for the return of public Anzac commemorative services.

Servicepeople and their families marched along Malop Street for the first time in two years in front of a massive crowd paying their respects, before gathering at Johnstone Park for a service including addresses from local leaders.

HMAS Parramatta docked at Geelong as part of this year’s remembrance service. The ship’s commanding officer, Geelong man and Royal Australian Navy Commander David Murphy, was among the guest speakers after leading his crew at the head of the Geelong march.

Scenes at Geelong’s city centre were replicated on a smaller scale across Geelong, including at Lara and Norlane.

A host of pre-dawn, dawn and other commemorative services also attracted huge crowds across the city.

Geelong RSL predicted a crowd of around 3000 attended each of the main Geelong dawn service at Eastern Beach and city march.

“The City of Greater Geelong’s events team went out of their way for road closures, setting up at Eastern Beach and Johnstone Park, it takes a lot of burden off us.

“There was a great crowd at the local footy and back to the RSL, two-up was huge. It really was a fantastic day.”