South Barwon SES is up to the challenge 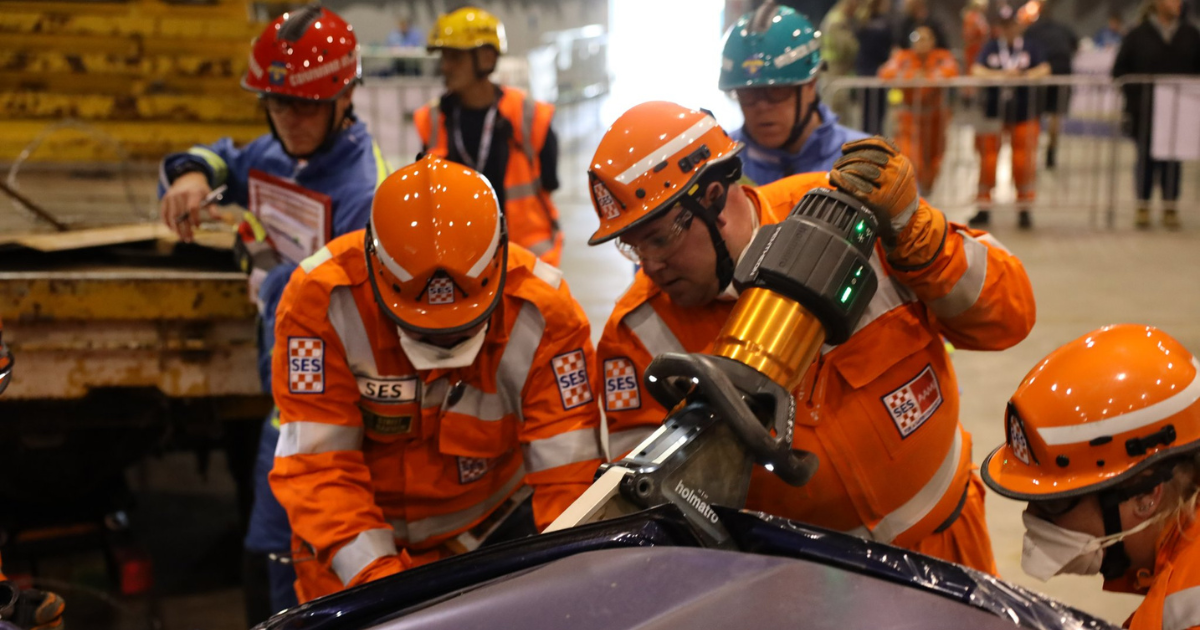 The challenges included extricating the patient from the vehicle in under 30 minutes. Photos: SUPPLIED

A combined South Barwon/Bannockburn team and a team from the Bendigo Unit were selected for the event in Tamworth, NSW, which ran from Thursday last week until Sunday.

The ARC provides an opportunity for VICSES volunteers to harness best practice rescue skills and use them on modern cars, competing against teams from various fire and rescue agencies from Australia, New Zealand, Hong Kong and Singapore.

Earlier this year, the South Barwon Unit were successful in their bid to represent VICSES and took part in even more intensive road rescue training, including complex exercise scenarios.

The VICSES volunteers were led by an appointed commander, supported by a medic, and technical members who are assessed in each area of competency.

During the simulations, the teams were assessed on their command and control structure, as they safely and systematically aimed to extricate the patient in under 30 minutes.

Crews demonstrated these skills by using the tools available, such as hydraulic cutters and spreaders (the “jaws of life”), handling the patient safely and mitigating hazards, such as fuels, airbags and seatbelt pre-tensioners.

A VICSES spokesperson said the South Barwon/Bannockburn Units and Bendigo Unit were faced with complex rescue scenarios and ended the competition strongly, each extricating their casualties well within the allotted 30-minute timeframe.

“The teams expressed how valuable the experience was, working with other highly experienced crews from various rescue organisations from across Australasia.”

Organised annually by the Australasian Road Rescue Organisation, the ARC is held to help gather and share knowledge of new, cutting-edge developments in road rescue with a full day learning symposium included.

Next year’s ARC will be hosted in South Australia by the Metropolitan Fire Service, Country Fire Service and SA State Emergency Service.