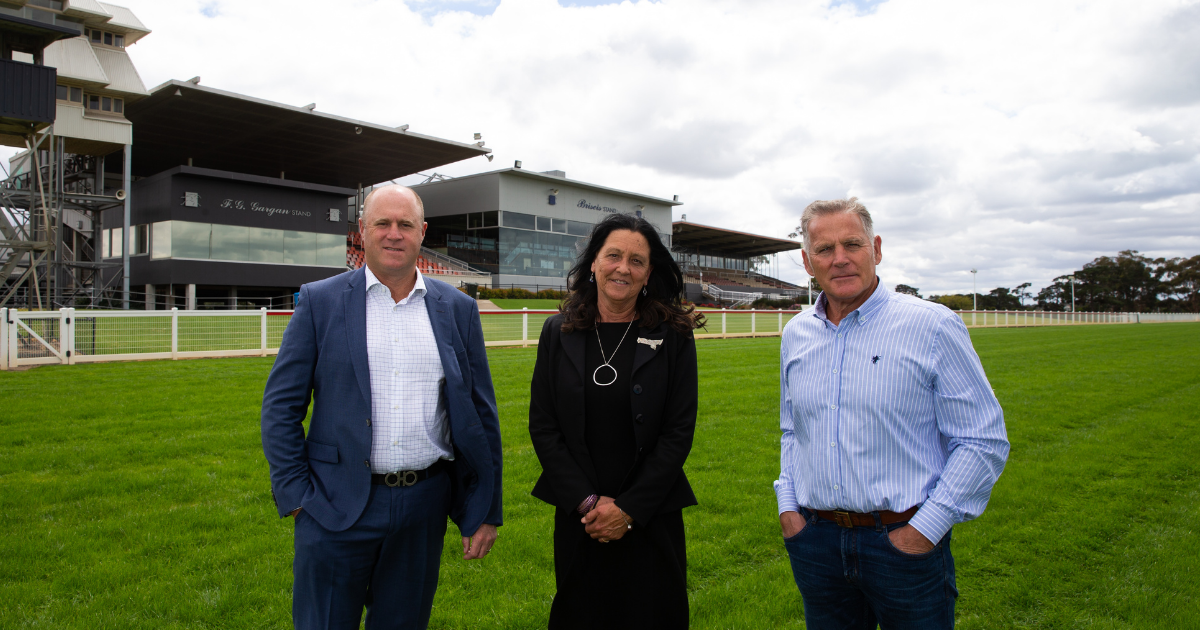 A $1.3 MILLION investment into Geelong’s horse racing industry is set to attract star trainer Danny O’Brien to the region.

The winning Melbourne Cup trainer is expanding his stables after the Geelong Racecourse received further investments from state government.

Mr O’Brien’s recent commitment to expand his bases at the Geelong Racing Club has been dubbed a testament to the region’s work towards becoming a premier training centre.

Minister for Racing Martin Pakula announced earlier this week a $660,000 investment to build two new barns at the Geelong racecourse catering for up to 40 horses complete with wash bays, tie-up stalls, a horse walker and solar power.

The investment has been matched by the Geelong Racing Club taking the project value to more than $1 million.

Construction is set to be carried out by a local firm generating 20 jobs during the build.

The ongoing training operation will support a further 20 jobs, providing a boost for local racing suppliers.

“This is a significant investment in the future of Geelong as a training centre and a provider of jobs in training and supply chain businesses,” Mr Pakula said.

“The fact these new stables have already been secured is a major vote of confidence in the Geelong racing industry and the vision of the Geelong Racing Club.”

The funding follows Labor Government’s recent investment to support a $145,000 upgrade to 60 existing on-course stables at Geelong, as well as the track’s float carpark.

Since 2014, the state government has approved more than $3.5 million to support 19 infrastructure projects and 14 events at the racecourse.

Labour MP for Geelong Christine Couzens was pleased to be able to take the community club from strength to strength with this investment.

“The Geelong Racing Club is an integral part of our region as a generator of income and jobs and also as a community drawcard,” Ms Couzens said.

The regions thoroughbred racing industry generates more than $95 million for the state’s economy and sustains over 780 full-time jobs.

“This investment is a real win-win for the club, securing a steady income stream and boosting our profile,” he said.

Construction is expected to be completed later this year.