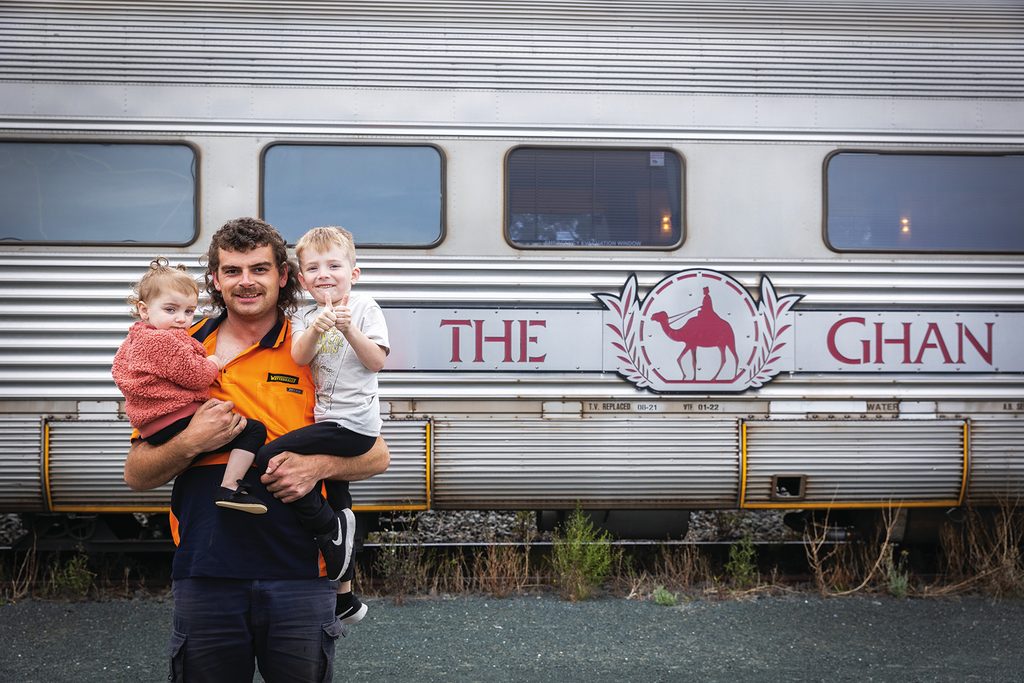 WHEN The Ghan departed Inverleigh bound for Darwin, Geelong Travel’s Stuart Coffield said it was his “greatest achievement in 30 years”.

After taking no bookings in two years of the pandemic and faced with the closure of his business, Mr Coffield said he had to think outside the box, and embarked on a 12-month campaign to bring the train to the region as the country opened up.

Once he got the green light from the train’s owners to begin advertising tickets, they were gone in less than a week, bought by 230 people from every state and territory across the country.

Ordinarily travelling between Adelaide and Darwin, Tuesday, April 5, was the first time the train departed from Inverleigh.

In person to farewell the train as it embarked on a four-night journey via Adelaide, through the red centre and on to Australia’s far north – alongside Ray Martin who was on the train as host – MrCoffield said he hoped it was the first of more to come and was already in talks with the train’s operators.

“We’re having a go … coming out the other side,” Mr Coffield said.