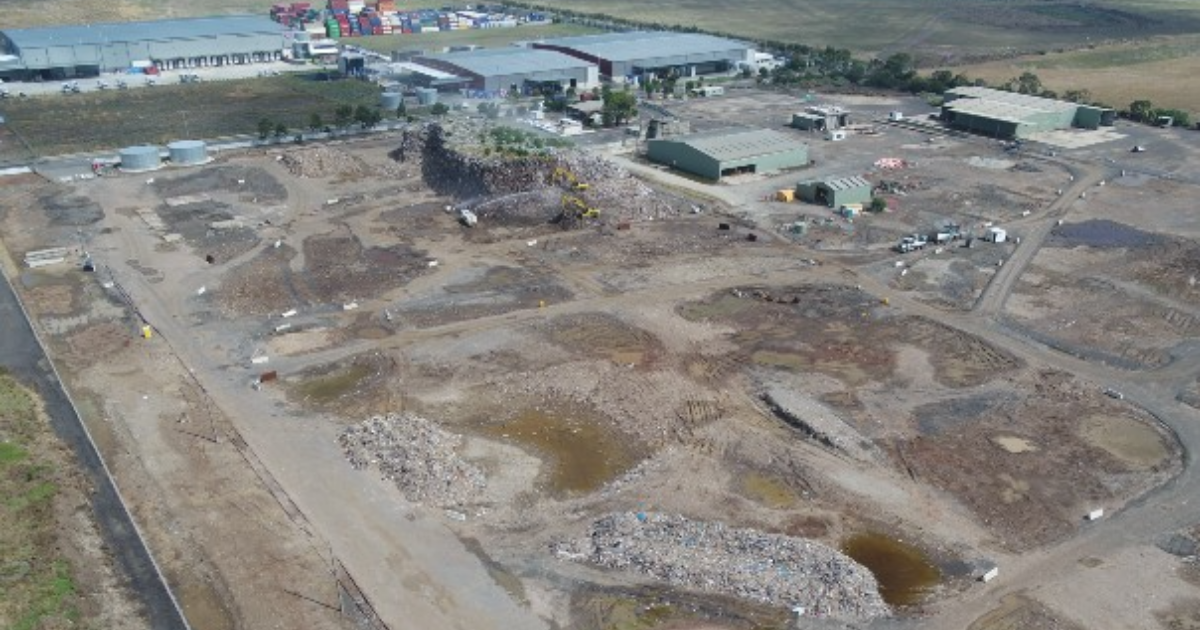 The Lara dump as of February this year, as the cleanup nears an expected June completion. Photo's: EPA

THREE years after the EPA started removing close to 300,000 sqm of combined waste from the notorious Broderick Road dump site in Lara, the cleanup is on track for completion in three months.

The environmental watchdog’s project manager Michael Fitzgerald said about 88 per cent of the total onsite waste had been removed and at the current rate of works will be finished by June this year.

“Each week thousands of cubic metres of waste are removed from the Broderick Road site and transported to licensed landfills, reducing the hazard onsite,” Mr Fitzgerald said.

The EPA had originally planned to recycle some of the waste it’s now removing from the site, but sampling results showed that the mix of construction and demolition waste is contaminated with asbestos and is instead being transported to “appropriately licensed landfills”.

“The project team is conducting testing and surveying of the site to ensure that once the final stockpile is removed the site will no longer pose an unacceptable risk to human health or the environment,” Mr Fitzgerald said.

“Testing will include ground penetrating radar scans to check below the surface of the former stockpiles. When waste removal is complete the site will also be assessed by an independent occupational hygienist.”

Operators of the site C&D Recycling were originally granted a temporary permit for a small recycling facility in 2013 by the City of Greater Geelong (COGG), but consistent planning permit breaches and years of ignoring compliance notices prompted council to have the permit revoked.

Instead, VCAT ordered the council to issue a permanent planning permit, and issued enforcement orders for planning permit compliance that were again consistently breached.

The EPA was forced to step in and take control of the site in 2019 when operator C&D recycling and the site’s owners went into liquidation, leaving a toxic dump that authorities believed posed a risk to public safety should it catch fire.

In his latest community update Mr Fitzgerald said the final cost of the cleanup would be determined once the project was complete, but in June last year the EPA’s chief executive Lee Miezis is quoted as saying he hoped the final cost would not reach the total $100 million allocated for the cleanup from the state government and had cost $36 million to date.

The EPA previously won a Supreme Court case that confirmed liquidators Price Waterhouse Coopers (PWC) are occupiers of the site, but the EPA has conceded it’s unlikely to recoup the full cost of cleanup from PWC due to a court-imposed limit on the extent of recovery against the liquidators.

The EPA has further acknowledged that legal fight may not be over, with the liquidators pursuing a High Court appeal against the Supreme Court decision.