Heat comes off the housing market in key states 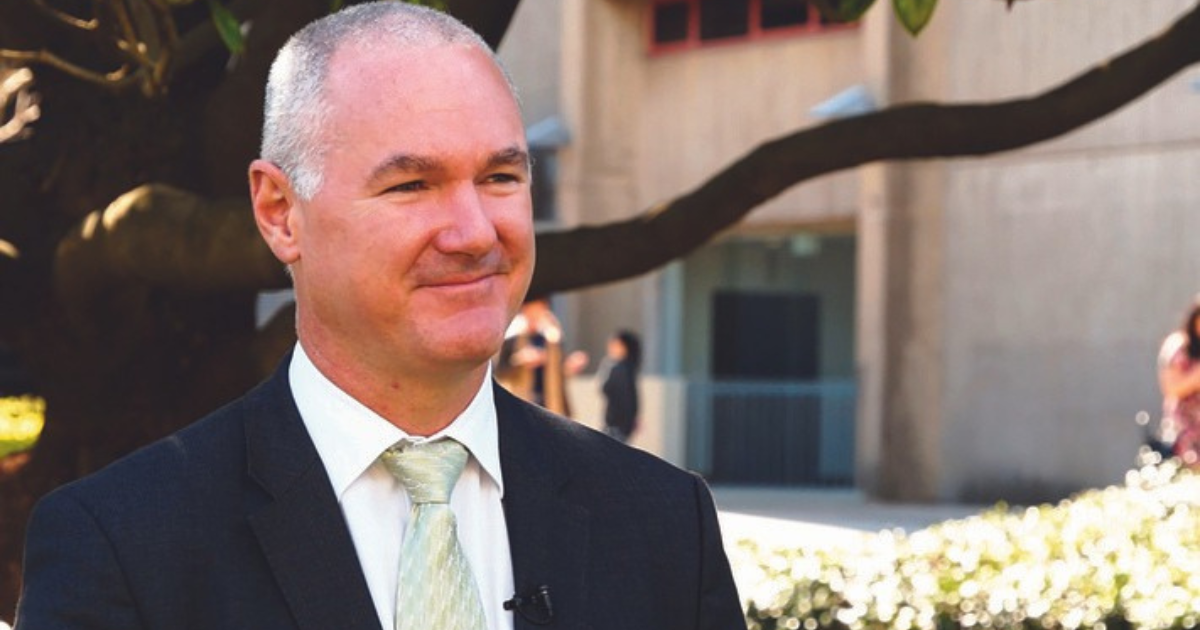 The Index showed Sydney (-1.0 per cent) and Melbourne (-0.7 per cent) which indicates that dwelling values continued to record the most significant month-on-month falls, while Canberra (-0.1 per cent) recorded its first monthly decline since July 2019.

Although housing values continued to rise across the remaining capitals, the growth was not enough to offset the depreciation in Sydney, Melbourne and Canberra, which pushed the combined capitals index -0.3 per cent lower over the month.

Sydney has been recording progressively larger monthly value declines since February, while Melbourne has fallen across four of the past six months.

Outside of Sydney, Melbourne and Canberra, growth trends remained positive in May, albeit with less momentum in most markets.

Perth and Adelaide were the exceptions, where the quarterly growth trend lifted in May, although both regions remain below the peak quarterly rate of growth.

CoreLogic’s research director Tim Lawless said despite the 0.5 per cent rise in housing values across Australia’s combined regional areas, it was not enough to keep the national index in positive monthly territory, with the national HVI down -0.1 per cent in May, the first monthly decline in the national index since September 2020.

“There’s been significant speculation around the impact of rising interest rates on the property market and last month’s increase to the cash rate is only one factor causing growth in housing prices to slow or reverse,” he said. 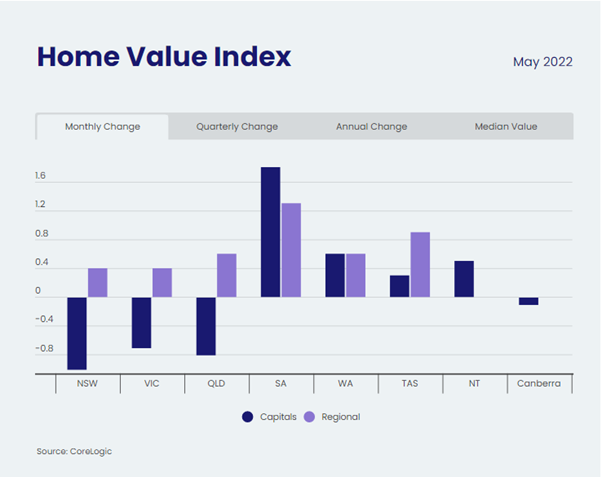 “It is important to remember housing market conditions have been weakening over the past year, at least at a macro level.”

Mr Lawless noted the quarterly rate of growth in national dwelling values peaked in May 2021, shortly after a peak in consumer sentiment and a trend towards higher fixed mortgage rates.

“Since then, housing has been getting more unaffordable, households have become increasingly sensitive to higher interest rates as debt levels increased, savings have reduced and lending conditions have tightened,” he said.

“Now we are also seeing high inflation and a higher cost of debt flowing through to less housing demand.”

With the trend rate of growth easing across most regions over the past year, the annual rate of change has eased sharply over recent months, dropping to 11.7 per cent across the combined capital cities, down from a recent peak of 21.3 per cent over the 12 months ending January 2022.

Whilst continuing to demonstrate stronger growth conditions, regional Australia has also come off peak growth rates Mr Lawless said, with the annual growth trend easing to 22.1 per cent, down from its January peak of 26.1 per cent and likely to trend lower through the rest of the year.

“Considering we are already seeing the pace of growth easing across most regional markets, it is likely we will see growth conditions softening in line with higher interest rates and worsening affordability pressures,” he said.

“Arguably some regional markets will be somewhat insulated from a material downturn in housing values due to an ongoing imbalance between supply and demand as we continue to see advertised stock levels remain extraordinarily low across regional Australia.” 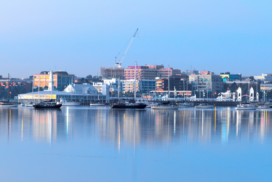 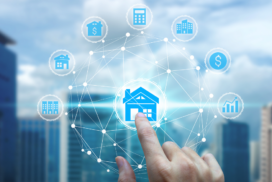