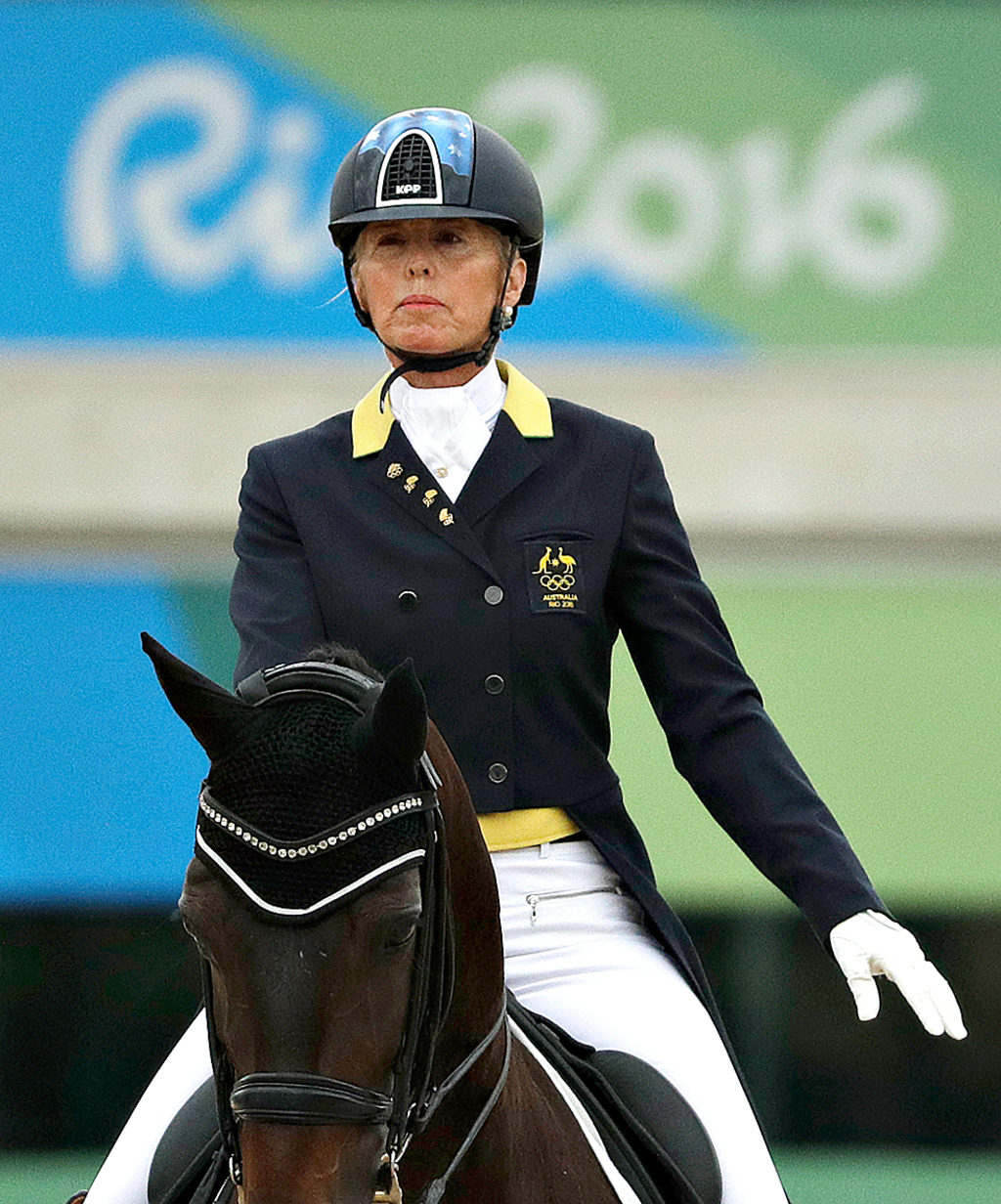 FOR anyone to call themselves an Olympian is a rare achievement, but for someone to make it to the games six times is almost unheard of.

Bellarine resident Mary Hanna now has the right to stake that claim, following her recent performance in the Dressage Individual Event on Day Two.

The 66-year-old rider placed sixth in her group with a final score of 67.98 per cent on her horse Calanta, but unfortunately the percentage was not high enough for her to sneak through to the final later in the week.

The grandmother’s Olympics are not over quite yet, as she aims for team success when the Australian Dressage squad strives for gold on July 27.

Horsemanship and breeding have been popular industries and pastimes all along the Bellarine Peninsula for a long time, operating in areas as far as St Leonards and down towards Portarlington.

“It was a real shot in the arm for the region when Mary made it to this year’s Olympics,” said co-founder of The Bellarine Matters and ex-councillor Tom O’Connor.

“In the region there are Pony Clubs, recreational horse riders and thoroughbred training, so to see someone from the area representing the pinnacle of this industry is fantastic.”

Hanna’s Statene Park estate, which is situated on Scotchmans Road in Drysdale, remains a popular landmark within the Bellarine Peninsula.

Mr O’Connor still remembers the grandeur of the estate, despite visiting the property a long time ago.

“The stables had Spanish-style doors, rubberised floors and it was just magnificent, which is probably the only word to describe it,” Mr O’Connor said.

Hanna joins fellow Australian team members Kelly Layne and Simone Pearce in Tokyo and has already indicated that a return to the 2024 games in Paris is a certain possibility.