Falcons Hickey and Lee named as AFLW Under-19 All Australians 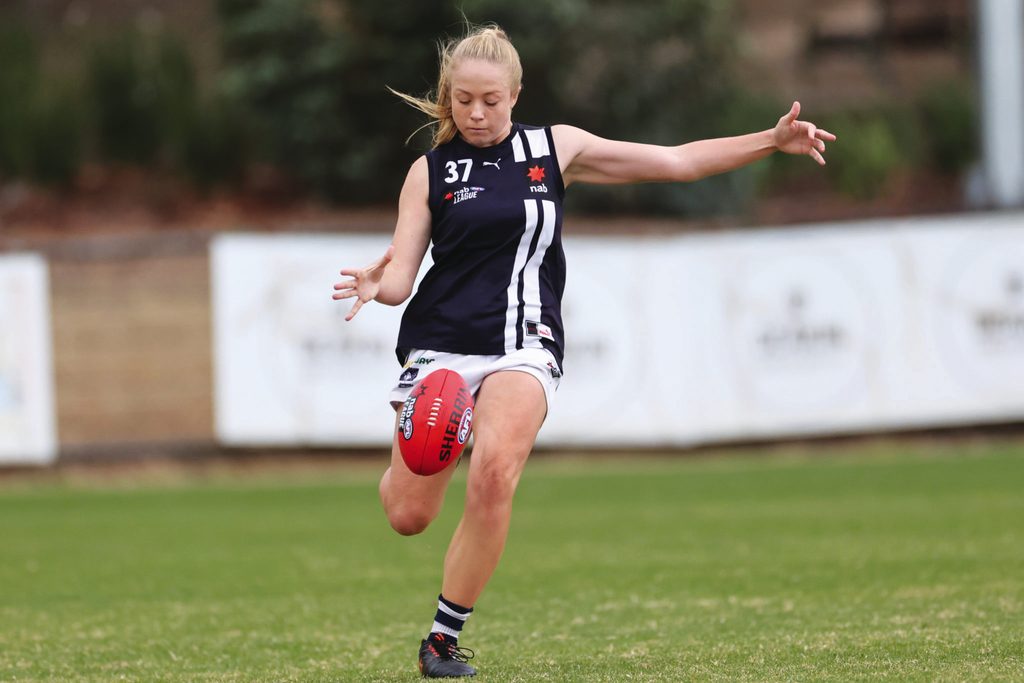 Geelong Falcons defender Annie Lee is in this year's AFLW Under-19 All Australian side on the half-back line. Photo: MARCEL BERENS/SPORTS MEDIA IMAGES

GEELONG Falcons and Victoria Country’s Mel Hickey has been named as coach of this year’s AFLW Under-19 Championships All-Australian team.

The championships showcased the most talented young female footballers from across the country and provided them the opportunity to showcase their skills against the best.

The team was selected with 18 players on the field and four interchange players, with players selected in their best positions.

As well as Hickey, the Geelong Falcons scored another spot in the team, with former Geelong Amateur junior Annie Lee named on the half-back line and praised for her intercept marking and ball use during the championships.

Hickey congratulated all girls on their selection.

“This is a fantastic achievement and recognition for these young athletes,” she said.

“It’s been a delight to watch the quality and standard of football improve so much over the years at this age level.

“I can’t wait to see their football journeys continue with the AFLW draft later this month as all girls have a big future in the game.”

“These girls represent the best young female footballers in the country,” Sheehan said.

“It was a wonderful experience to see first-hand the emerging future stars of the AFLW competition playing and they highlight the quality of talent coming through the national pathway programs.

“The players selected have the exciting combination of elite athleticism, fundamental skills and plenty of X-factor to have earnt their recognition as an NAB AFLW All-Australian.

All girls will be eligible to play in these Championships again next year ahead of the 2022 NAB AFLW Draft.

“We look forward to watching the progression of this extremely talented group of girls into the NAB AFLW competition and their impact in future years,” Sheehan said.