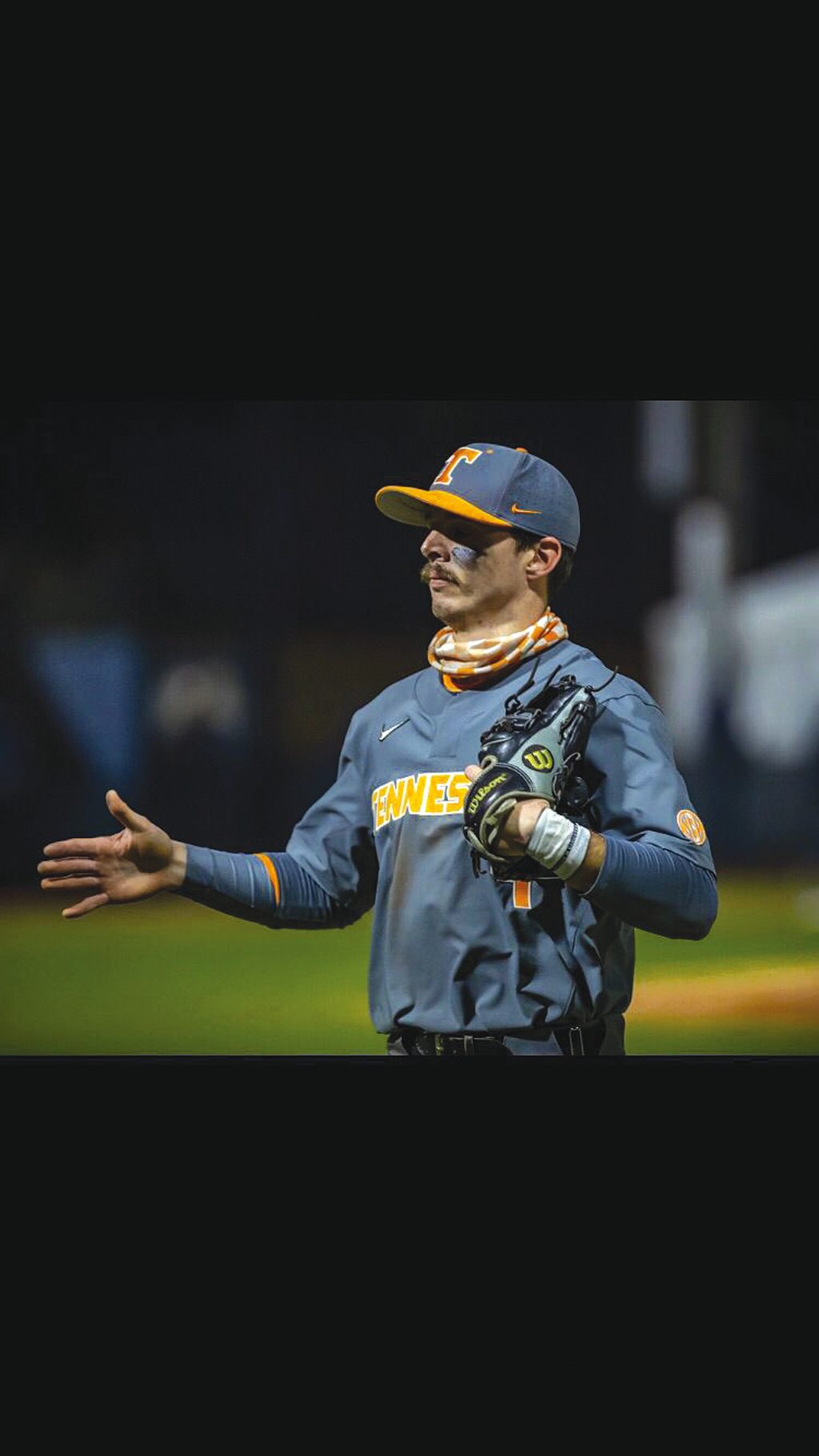 Liam played two seasons with the University of Tennessee Volunteers as a shortstop. Photo: SUPPLIED INSET: The moment Liam signed his contract with the Chicago Cubs.

AUSTRALIA can add another face to the global baseball stage, after one of Geelong’s own was drafted to the American big leagues.
Former Geelong Baycat, Liam Spence, was drafted to distinguished Major League Baseball (MLB) team the Chicago Cubs on July 12 and the former Grovedale kid could not be happier.

“I kind of blacked out seeing my name getting called out on the TV,” Spence said.

“It was a pretty unreal moment, and to be with my brother [Nic] and his wife was really cool.”

Liam’s parents added to his son’s happiness, “I was up listening to the draft that morning and my wife [Debbie] had woken up at 5.15am, and the first name that was called out when she woke up was Liam’s,” said dad Tony.

“It was a great feeling and we spoke to Liam 10 minutes later and you could tell he was fairly overwhelmed.”

Spence played as a junior with the Geelong Baycats and the Guild Lions from the age of eight all the way through to the beginning of his college career in the United States, idolising famed New York Yankees player Derek Jeter.

Liam then began his collegiate career and went on to attend the University of Central Arizona to complete two years of junior college where he would help win the Junior College World Series.

Older brothers Josh and Nic provided plenty of advice to Liam throughout his college season, given they had both also competed in the United States.

Spence then attended division one college at the University of Tennessee, where he would assume command of the shortstop position with the Volunteers baseball team.

The Australian hit five home runs, drove in 36 runs batted in (RBI) and hit a tremendous .336 batting average, taking his side all the way to College World Series in his final year.

Spence maintained his normal routine in the weeks leading up to the draft as the process played out closer towards draft day.

“I talked to some teams and there were a bunch of check-ups, but the scouts don’t really talk to you much until the days comes,” the 23-year-old said.

“Leading up I was kind of just doing my own thing, I was still hitting and working out and just treating it like any other time because everything was out of my control.”

Spence would be selected in round five as pick number 154 in the 2021 draft class to the storied Chicago franchise, as he has already come to terms with how much history the Cubs have.

“It really sunk in when I was at the field,” he said.

“To walk through the locker rooms and onto the field, as well as touching “the Ivy”, it was one of those moments where it was everything, I pictured it to be.”

Spence does not have any short-term goals at the moment, but maintains his focus to one day walk out onto Wrigley Field in front of the Chicago fans.