Tigers enjoying the process in BNL 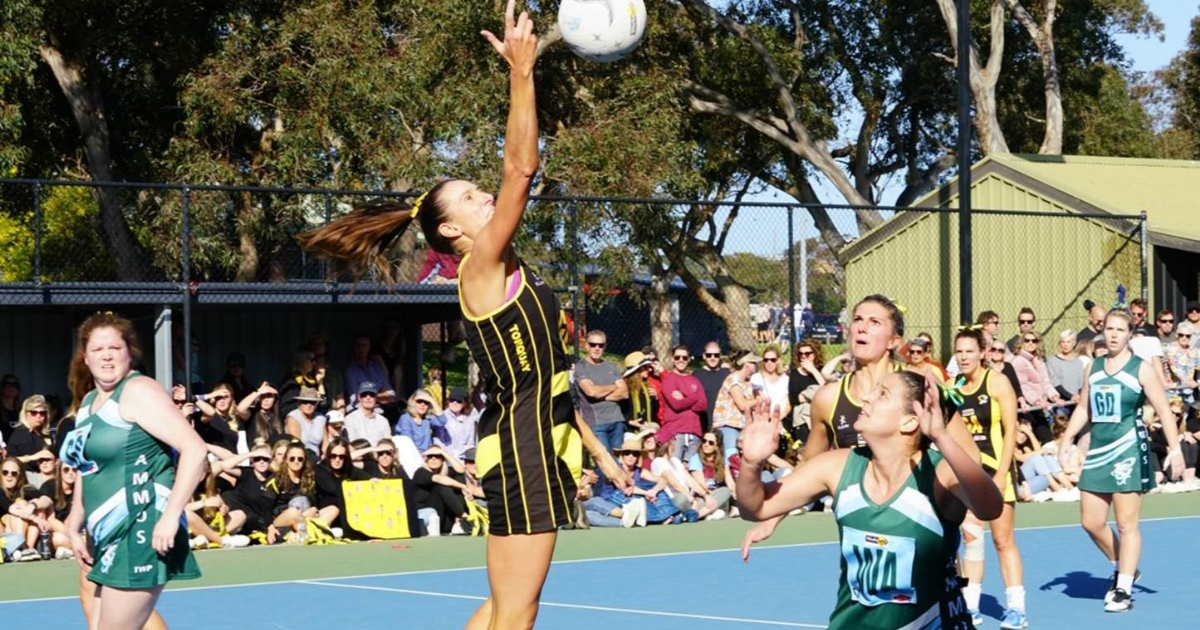 Torquay's star defender Jess Standfield in action against Geelong Amateur back in 2019, the last BNL decider to have been held.

TORQUAY Tigers head coach Sonia Harris said this season had certainly been a rollercoaster but refining a finals gameplan was a top priority at the tail end of the 2022 campaign.

The Tigers (12-1) find themselves entrenched in a three-horse race with Geelong Amateur (12-1) and Ocean Grove (11-2) at the top of the Bellarine Netball League standings, with each side providing a different set of challenges.

“We want to play a couple different ways against each of the top-four sides, whether that be Ammos, Ocean Grove or even Drysdale [8-5],” Harris said.

“We wouldn’t play Ammos the same way we’d play Ocean Grove, and so on.

“So, getting the combination right is about ensuring everyone in our side is confident in understanding what we want to do, and what each of our roles is.

Torquay’s goal-scoring duo in Rhian Moresi and Julia Allan-Goodwin have continued to cause headaches for opposing sides, accumulating 20-goal hauls on weekly basic, but a recent inclusion has surprised Harris in a positive way.

“The addition of Lauren Berridge this season, who is back from a baby, has been huge for us,” Harris said.

“She is absolutely fundamental to our centre.

“Our wing attack in Rebecca Trenerry is key to getting the engine room going for us and really sets the pace as well.

“Every single player for us has an important role to fulfill, especially against some of those other top sides.”

Torquay comes out of the bye week with a tough matchup scheduled against Drysdale at home. They then travel to Modewarre before a final home game against Newcomb.

The Tigers then round out the 2022 season with two games on the road: a blockbuster contest between Geelong Amateur, which could decide the minor premiership; and a pre-finals outing in Queenscliff.

“We’re always reminding ourselves to look at the bigger picture, which is winning a premiership, so I’m encouraging the girls to not get bogged down in a mindset of one week at a time,” Harris said.

“Other than that, just enjoy it, enjoy the ups and downs, enjoy the opportunities. That’s sport and that’s why we have teammates.”

Torquay are still reigning BNL champions after winning the A Grade premiership in 2019. A grand final has not been held since due to the pandemic.