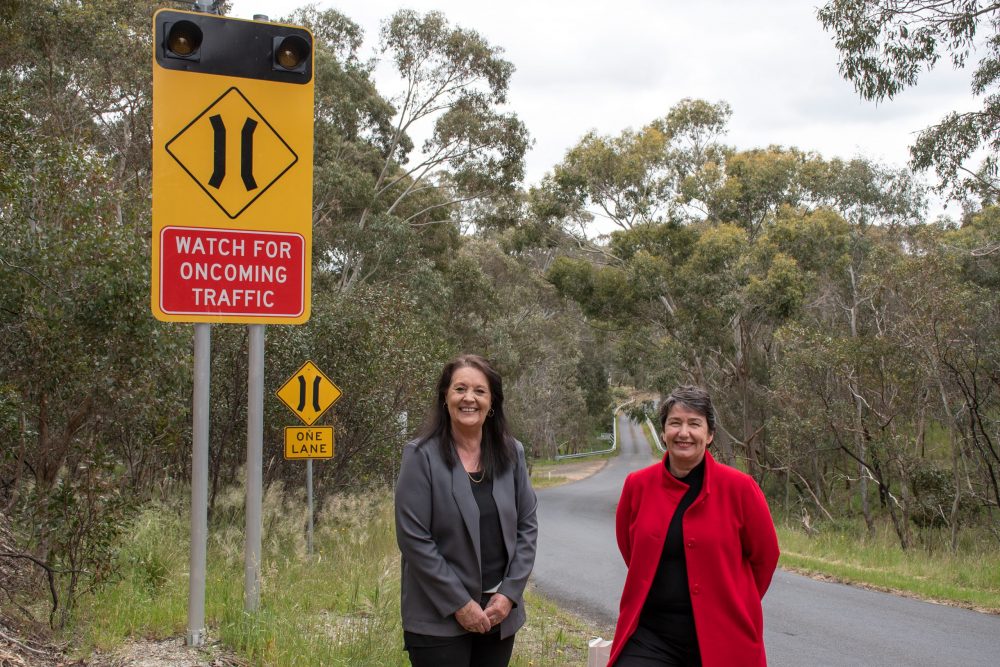 A SMALL safety upgrade to a bridge in the She Oaks area has authorities hoping it’ll be enough to keep road users protected.

The one-lane bridge across the Moorabool River at Sharp Road has received solar powered flashing warning lights on approaches from both directions, at a cost of just over $27,000.

With a significant number of gravel and sand mines on the east side of the river, the bridge is heavily used by B-double trucks.

“This road has a lot of traffic, there’s quarries, and it’s really important that we make it safe,” said Member for Buninyong Michaela Settle.

“It’s a beautiful old bridge, but as per it’s age, it’s only one-lane-wide.

“Just as we were arrived there were some pretty scarry and fast-moving trucks. They need to pick up speed to get up the hill, and that’s created a fairly unsafe bridge.

“In terms of having the lights, it’s just about making people aware.”

The State Government contributed over $17,000 for the project from the Flexible Local Transport Solutions Program, while Golden Plains Shire put in a further $10,0000.

“It’s really about partnering with local communities and local councils to work out what it is that money should be spent on,” Ms Settle said.

Trucks coming to and from the sand and gravel pits in the area have long been an issue for local residents who have made a number of representations to council.

Mayor Cr Helena Kirby said while the new signs and lights are important, upgrading the bridge is something that should be on the agenda.

“I really think It does [need to be upgraded],” she said. “But I think it’s the cost. It would be mega, probably millions and millions of dollars.

“It’s still a rural area, so you can only hope the trucks take their time, slow down, look at the new speed signs and really take notice they have to be carful when crossing a single-lane bridge”

The new signs and lights at Sharp Road Bridge come on top of $1.485 million worth of upgrades to the Maude-She Oaks Road and the $1.6 million replacement of Coopers Bridge on Meredith-Steiglitz Road. 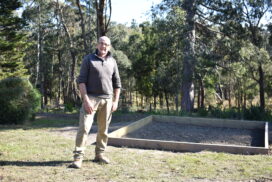 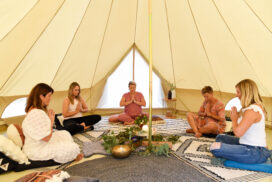 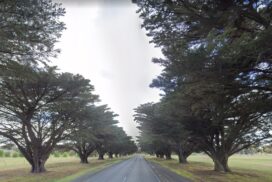