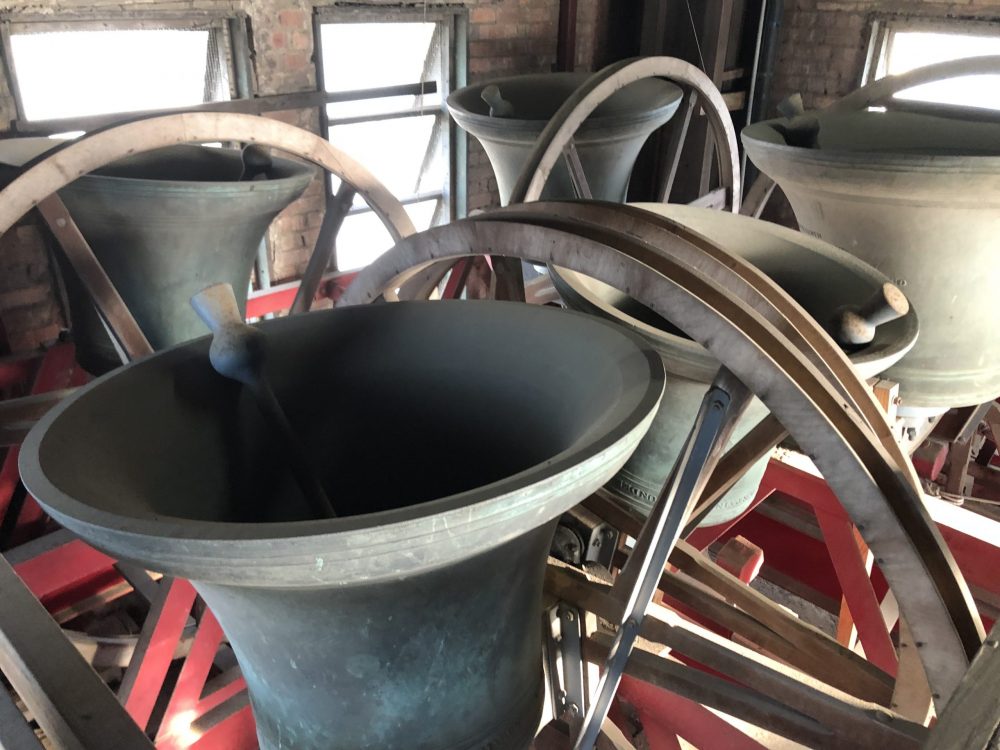 Big sounds: Peals will take place on 30 January and 1 February by the Ballarat Bellringers to celebrate the town’s history. Photo: SUPPLIED

A BELL peal will take place at Town Hall this Sunday to commemorate their first official ringing over one-hundred and fifty years ago.

Mr Perrins will bring a team of expert bellringers with him from New South Wales to complete what’s expected to be a three-hour long peal.

“With master ringers in the towers, it should be magnificent,” said Edith Fry, who’ll also be taking part in the event as a bellringer.

Fellow bellringer Laura Goodin said the occasion will be a “challenge” and a “massive effort” from everyone involved.

“These day’s a lot of people assume the bells are run by a machine and that’s what makes us really happy to ring in real life because we want people to know it’s us human being ringers,” Ms Goodin said.

“We are ringing for three hours and getting that pattern in our heads. The actual handling of the bells is a big challenge because they way upwards of a tonne.

“The technique of being able to ring them with enough control so you can change their order predictably and in a nice regular pattern is extremely demanding.”

In addition to the Town Hall ringing, a second peal attempt will start on 1 February at St Peter’s Anglican Church, to celebrate the town’s first peal 125 years ago.

“Ballarat is extremely lucky to have two bell towers, one at St Peter’s and the one at the Town Hall,” she said.