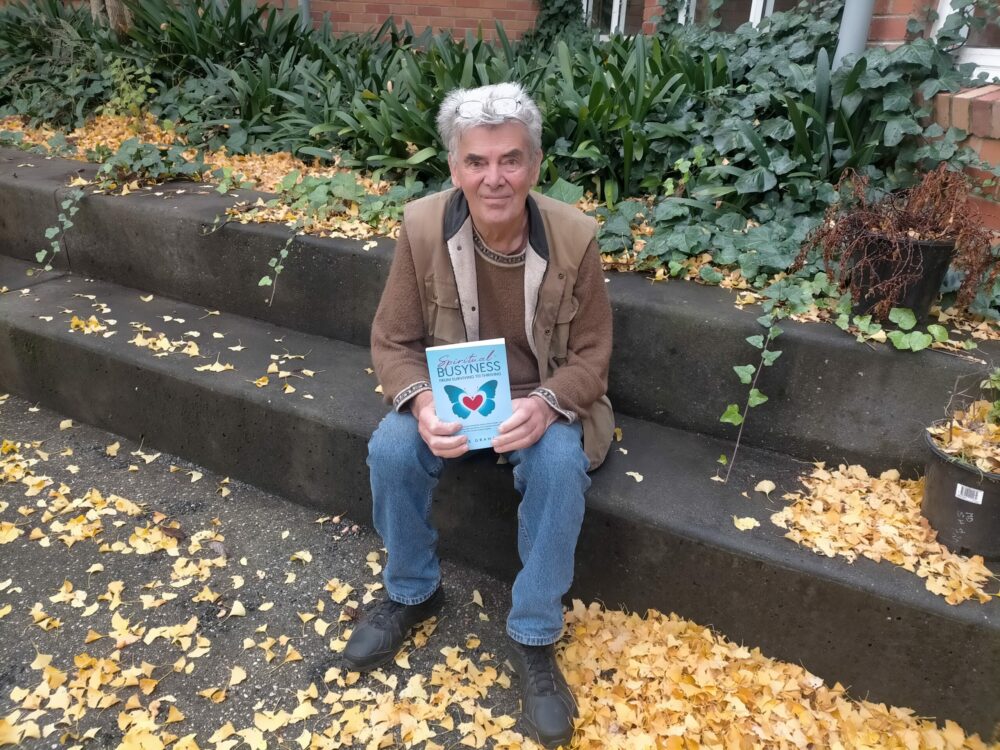 Challenging the system: Independent candidate Alex Graham is using his book, Spiritual Busyness, as a framework for his agenda. Photo: TIM BOTTAMS

AFTER previously running as an independent candidate for Federal seat of Ballarat in 1998 and 2019, Alex Graham is hoping for his latest candidacy to be “third time lucky” this election.

A Daylesford-based retiree, Mr Graham is lobbying for a referendum that he said “would be a total game-changer” between the private banking and the government powers.

“There’s a flaw in our constitution that says the government has the power to borrow money on the public credit of the Commonwealth of Australia, whereas the banks can write money out of thin air,” he said.

“I say if our Government doesn’t have the power to do the same thing, then we don’t have a democracy.

“That’s the essence of what I’m standing for. It’s the first item of my policy. The governments don’t run our world, our banks do.”

Mr Graham’s alternative model is encapsulated in his 2018 book, Spiritual Busyness, which advocates for interest-free loans and a dismantling of both government budgets and global banking practices.

He said his “sustainable, eternal model” would pave the way for his other policies like stronger climate change action, fully-funded aged care and an increase in housing development.

Mr Graham said Spiritual Busyness was born out of over 35 years of research and study, and that his “progressive and sane” policies points to a more equitable future across the globe.

“If I pull this off, it would change the whole banking system throughout the world. There’d be nothing Ballarat couldn’t do in the way of funding any projects they want,” he said.

“This model is about love, and if love isn’t in the spirit of who we are as humanity, what is? So, the Government needs to be about love in representing their electorate.”