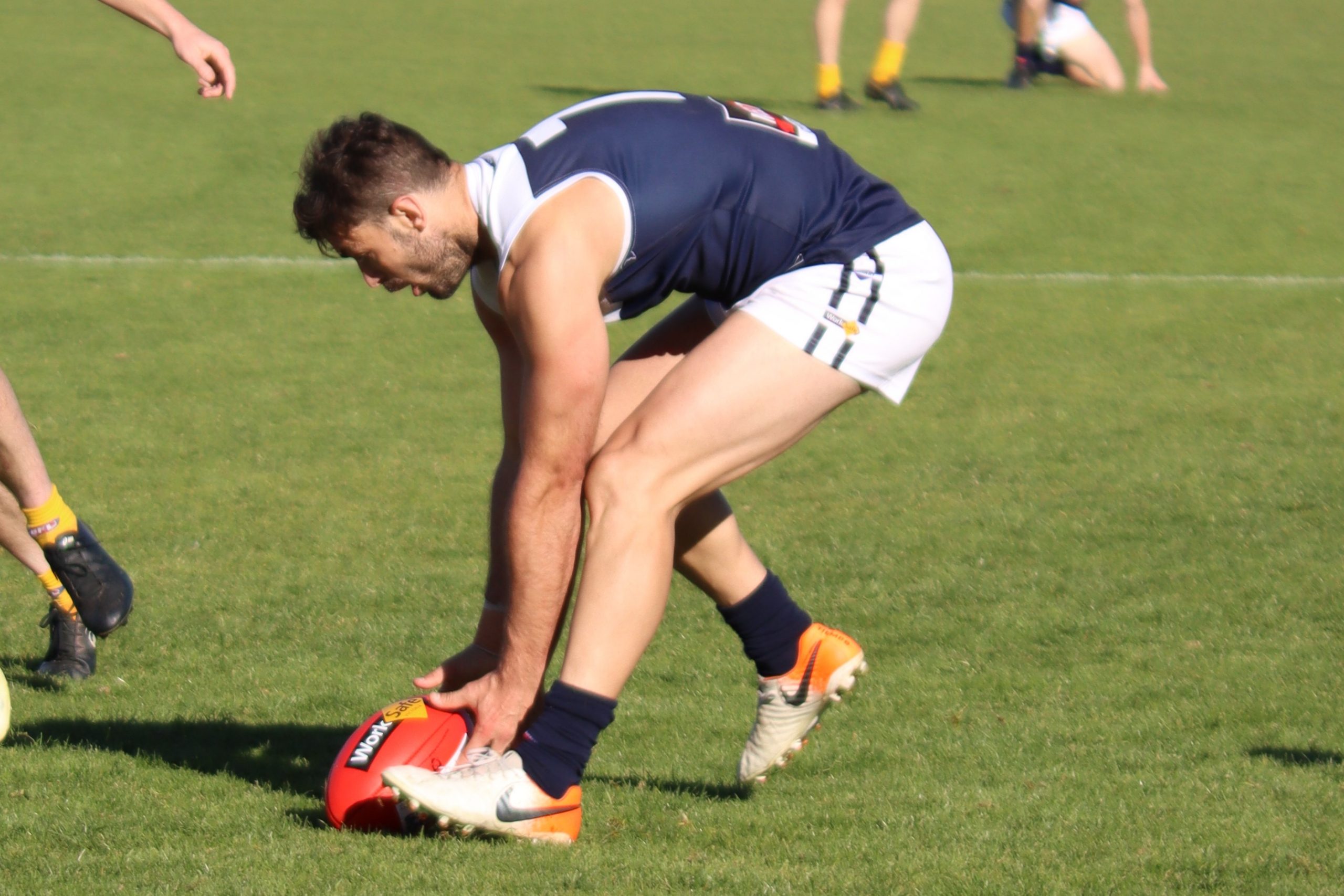 A BIG bag of nine goals from superstar spearhead, Dylan Conway, was enough for Melton South to record an all-important twenty-eight-point victory this past Saturday afternoon at Darley Park.

Conway finished the afternoon with 9.5 off his own boot with inside midfielder Shaun Wyatt also bobbing up with four majors with the pair kicking their side’s entire score line to defeat the Darley Devils in cold wintery conditions.

The Panthers’ victory means they join the logjam on the ladder with eight of eleven teams on three wins so far this season in the McDonalds Ballarat Football League.

The game started in ominous fashion with a goal to Conway within the opening minute and an instant reply from Darley’s, Harley Inglis, to excite the 995 people in attendance.

Brother of Fremantle Docker Brett Bewley, Jack Bewely got the first crack at Conway only for it to last for 10 minutes as the sharpshooter had three goals within the opening of proceedings.

Acting skipper Darren Leonard took it upon himself to try and take the leader of the Tony Lockett Medal race down himself, only for Conway to continue on his merry way, ending with six by half time.

With Darley coach, Dan Roy, scratching his head for a solution he looked to one of his best youngsters Matthew Brett, with the 19-year-old holding his own in the second half in a clearly outsized matchup.

The Devils began a bit of a comeback in the second half with goals to Mitch Banner and debutant, Will Johnson getting them within 10 points mid-way through the final term, only for back-to-back goals to Conway enough to steady the tide and seal victory.

A win in season 2021 now looks ever so unlikely for the Darley Devils, whereas the Panthers can look towards a remarkable finals berth with a mouth-watering clash with the Ballarat Swans awaiting them in round eight action.