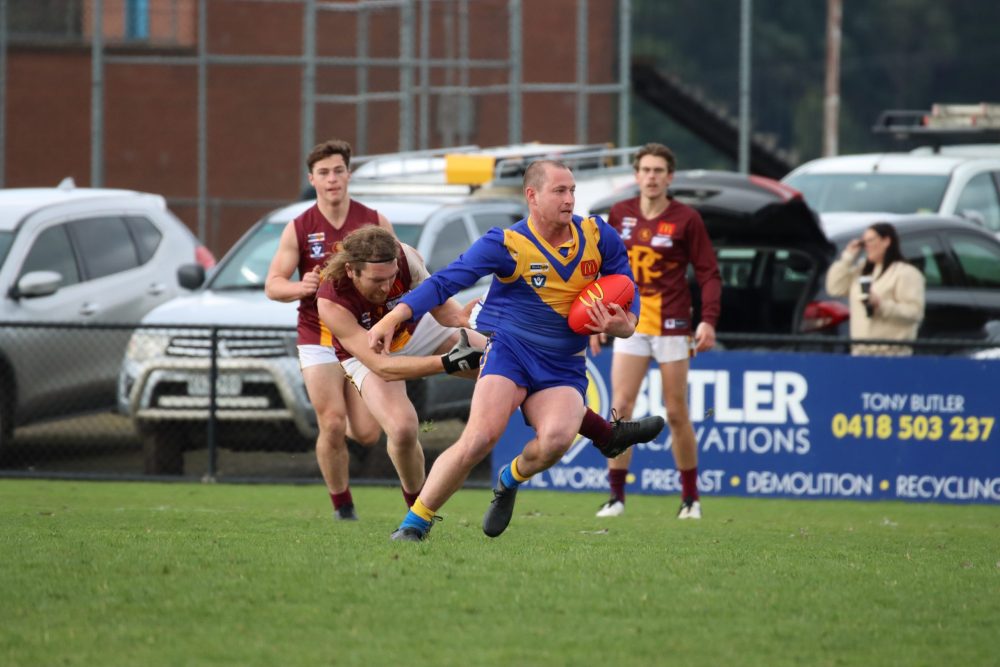 THE Ballarat Football Netball League held its night of nights last Monday, with a virtual presentation of the 2021 Henderson and Sally McLean Medals.

With only an 11 round season due COVID-19, the respective counts were expected to be a tight affairs and delivered the same drama as always, coming down to the final round in both main awards.

“It is obviously a very prestigious award and so many great player have come before me and won so I am very proud to say I have,” Cassidy said.

He is just the third Sebastopol player to receive the honour since its inception back in 1954 and Cassidy said it was the work off the track but also the support of his teammates that got him the medal.

“It is all about hard work I suppose, doing the extras and trying to get as fit as I can,” he said.

“I don’t really have the big muscles oppose to some of the other guys in the league… obviously it is thanks to my teammates because they are the ones who kicked me the footy and you can’t win stuff like this without great ones.”

Since making to the jump across from Ballarat to the Burra, Cassidy has been a consistent performer with his ability to find plenty of the footy one of the many reasons the umpires saw him as this year’s very best and fairest.

North Ballarat Trio Callum McCallum, Jonathan O’Brien and Riely Polkinghorne combined for an impressive 35 votes with their stellar seasons a key factor along with 2021 Mick Malthouse Coach of the Year, Brendan McCartney, in the Roosters being the seasons official 2021 Minor Premiers.

In the netball the Roosters did have a win though with club captain, Stacey Matthews, taking the Sally McLean Medal polling 17 votes ahead of Akira McCormack of Melton South, Kate Drew of Lake Wendouree and youngster Grace Valele also of the Panthers.

Matthews is no stranger to followers of the BFNL Netball with centre/ wing attack a key component of the Roosters recent success which has yielded premierships in 2015, 2018 and 2019 respectively.

Matthews makes it two out of the past three seasons after winning the McLean Medal back in 2018 with her teammate Madison Selmon taking it home in 2019.

Other winners on the night included:

Umpire of the Year – Adrian Tinetti