City dwellers flock to the regions 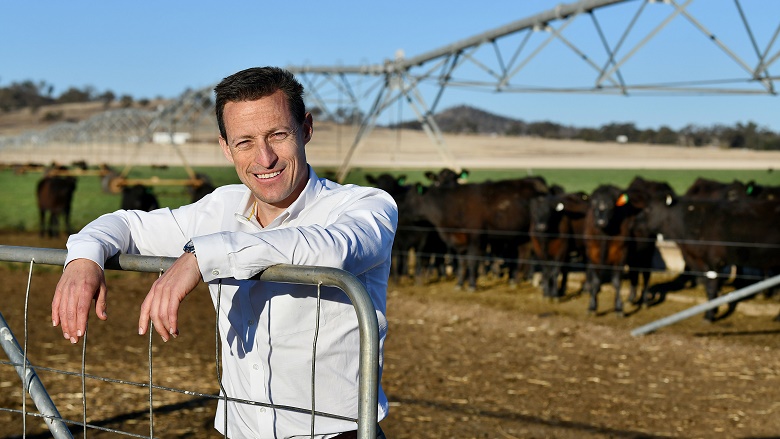 CBA’s executive general manager for regional and agribusiness banking Grant Cairns says that Australians formerly living in capital cities have embraced remote ways of working as an opportunity to experience what the regions have to offer.

For those of us living in the regions it has been obvious that city dwellers are fleeing in droves to make a new life away from urban cities prone to lockdowns and supply issues.

This has been most noticeable in real estate prices that have seen unprecedented growth and demand in both inland and coastal regions, especially those areas under two hours from the city.

Now this level of movement away from the cities has been confirmed by the recent Regional Movers Index released by the Commonwealth Bank of Australia in partnership with the Regional Australia Institute.

It shows that the level of movement of capital city dwellers to regional areas is at a three-year high, while net regional migration in the latest quarter is 66 per cent higher than a year ago, according to research.

The index has revealed that the number of people who moved from capital cities to regional areas jumped by 7 per cent in the March 2021 quarter compared with the March 2020 quarter.

The latest level of population movement is at its highest since early 2018, according to the index.

Capital cities in Victoria and NSW saw the largest net migration outflows at 46.4 per cent and 49.5 per cent, respectively, with regional NSW and regional Queensland the main beneficiaries of the Sydney-Melbourne migration, followed by regional Victoria.

The index also showed that residents in regional areas have remained there, accounting for a declining share of total internal movements (down by 0.2 percentage points over the year), leading to an increase in net migration into regional areas.

“The pandemic-driven acceleration of net regional migration indicates that those already in regional areas are finding reasons to stay while city dwellers are finding compelling reasons to relocate rather than stay in the various capitals,” the report said.

“These dynamics have driven the net regional migration index in the latest quarter to be 66 per cent higher than a year earlier.”

The Gold Coast is the most popular destination among those moving to the regions, with 11 per cent of capital city dwellers who moved to regional areas choosing to move there during the March 2021 quarter.

This was followed by the Sunshine Coast, Greater Geelong, Wollongong and Newcastle.

The Greater Geelong areas saw a 10 per cent annual growth, and 9 per cent quarterly growth to March 2021, while Wollongong and Newcastle in NSW saw 8 per cent and 7 per cent year-on-year growth, respectively.

CBA’s executive general manager for regional and agribusiness banking, Grant Cairns, said that the index demonstrates how Australians formerly living in capital cities have embraced remote ways of working as an opportunity to experience what these areas have to offer, while those already in regional areas are finding reasons to stay.

“I’m optimistic about what this growth means for regional Australia, as more people experience the liveability of our regional areas and embrace the associated work/life balance and affordability,” Mr Cairns said.

Regional Australia Institute CEO Liz Ritchie said that his new Regional Movers Index will provide vital and timely data intelligence on emerging growth hotspots around the country, allowing government, industry and communities to act more quickly on issues such as housing and infrastructure.