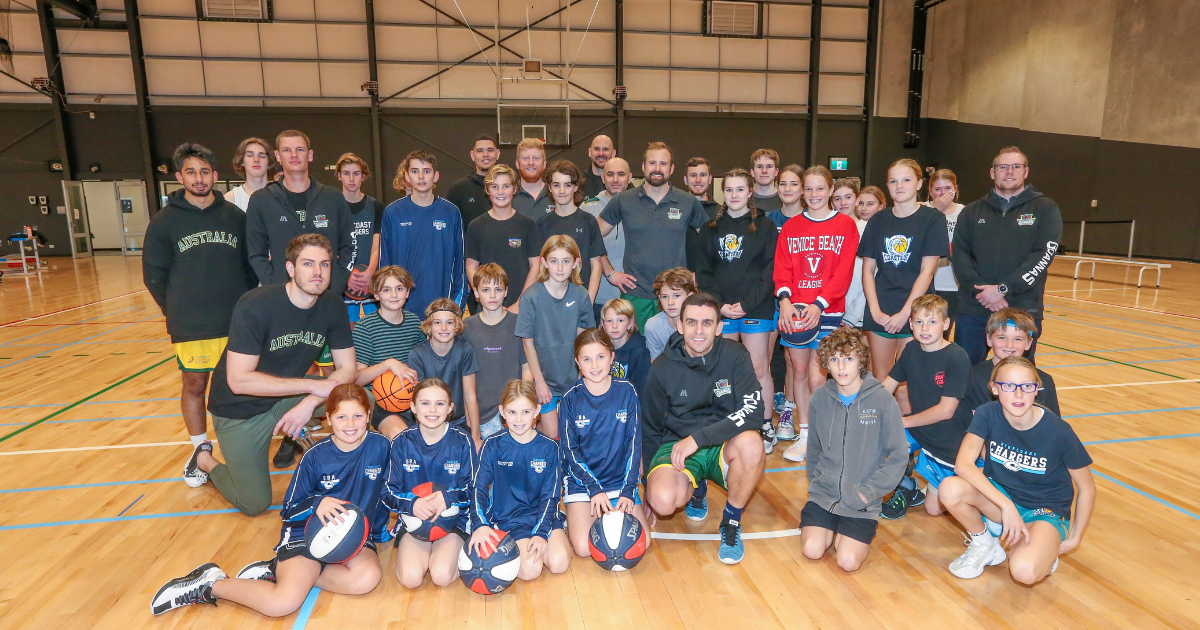 Junior Surfcoast Chargers received a special surprise as the Australian Goannas held a clinic for the young basketballers during a two-day training camp at Wurdi Baierr Stadium. Photos: PETER MARSHALL

SURF COAST basketballers were given a treat on Saturday afternoon, learning some new skills from Australia’s best deaf basketballers.

Australian Goannas head coach and Torquay resident Brent Reid said a mix of good timing and a relaxed environment led to his side’s trip to Wurdi Baierr Stadium for a two-day training camp.

“The reason why we decided to come down here to the Surf Coast was actually because of a camp we had done just over a year ago and the guys absolutely loved it,” Reid said.

“The players also loved the fact that it is a real camaraderie building weekend and going to restaurants and just being a team together.

“Surfcoast Basketball Association (SBA) has been super supportive of the Goannas, and we actually have three of our players in Surfcoast’s Big V side.”

The Goannas conducted two days of training and also held a clinic for 45 of the SBA’s junior Chargers players before to last Saturday’s Big V games.

High amounts of engagement from the junior players astounded Reid and gave him an insight into how much the game has grown across the region.

“To see the growth in basketball down here in Torquay and on the Surf Coast has been unbelievable over the last couple of years,” Reid said.

“The event itself was only announced about a week before Saturday, so the response to basketball down here is amazing and seeing the interaction between our guys and the kids is always awesome.

“I’m big on making sure my guys are about giving back to the game and the SBA has been so supportive of us, it gave us a chance to give back a bit.”

Next year’s DIBF Basketball World Championships will run from June 13-24 in Heraklion, Greece.

Reid said the national side was motivated to strive for success after being denied a ticket to last year’s Deaflympics due to COVID-19.

He also said the Goannas would aim to host two training camps a year in Torquay moving forward.