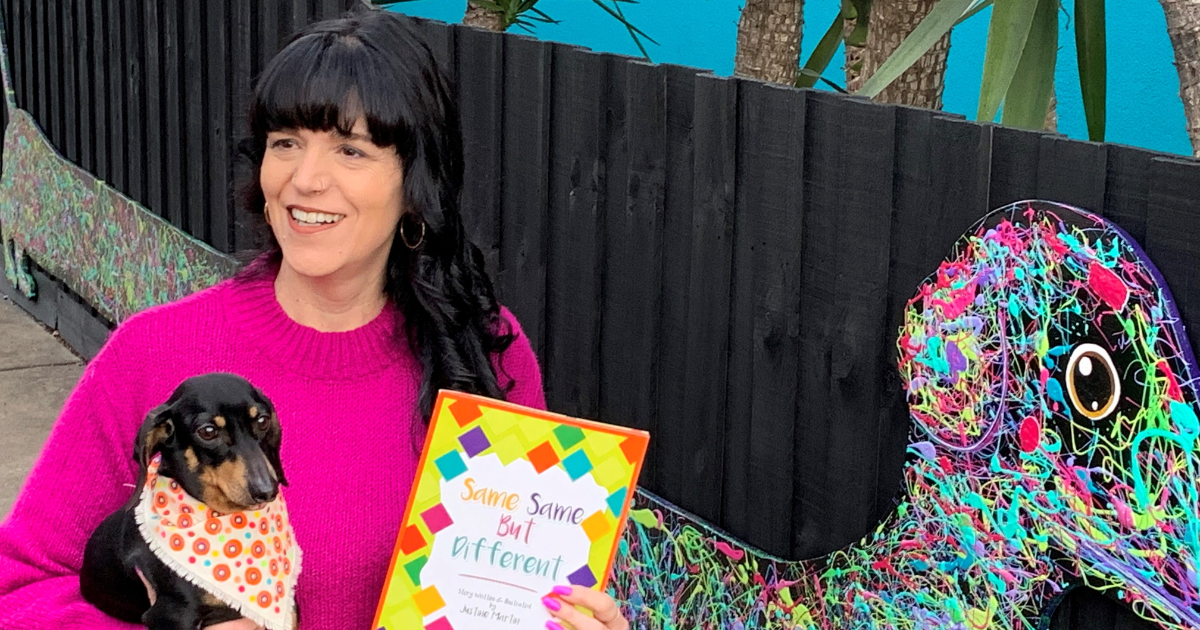 Artist, author, resilience coach and public speaker Justine Martin has released her first children’s book, which tells a story of diversity and inclusion that everyone can understand.

The Geelong resident had always wanted to publish her resilience and self-help books and children’s books under her own business, and has made this a reality with the simultaneous launch of <i>Same Same But Different</i> as well as her own imprint, Morpheus Publishing.

Same Same But Different officially launched at Martin’s Marshall studio on Friday last week – follows the daily perils of Pansy the dachshund as she meets new and different animals along her journey.

Pansy helps children understand that we are all different but in so many ways we really are the same.

Martin had the idea nearly two years ago and began her first draft, and has spent the past 18 months illustrating every image, making every colour choice and finalising every detail to bring to life Pansy – the hero of the book – and Pansy’s friends.

The inspiration for Pansy came from Martin’s own dachshund of the same name.

“I always wanted to write a children’s book, I just didn’t know where to start,” Martin said.

When my dachshund Pansy came into my life, I saw how popular she was when people came to visit… and Pansy, in true puppy style, loved and played with everyone equally; that unconditional love animals ooze.

“Then my idea came to me – how can people be more accepting with others, just like animals are with everyone?

“The book explores this through the eyes of Pansy, that although we are all different in size, height, colour and race… we really are all the same.”

To buy Same Same But Different, head to Ms Martin’s website at justinemartin.com.au.