Choose your cause and run with it 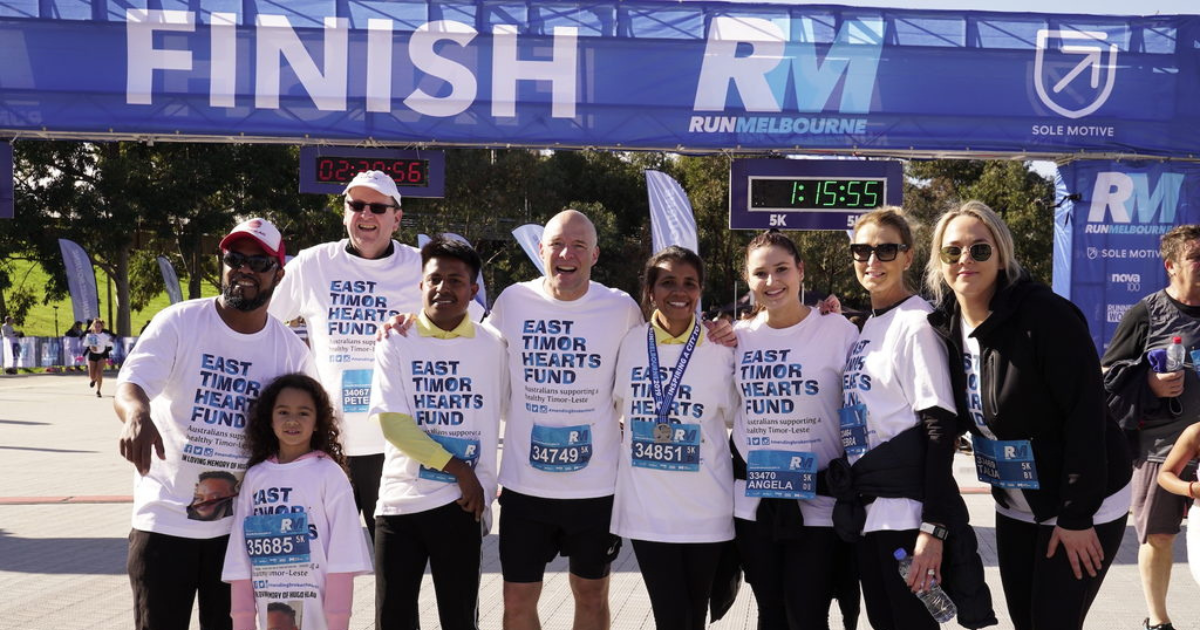 At Run Melbourne, participants choose their own charity to run for. Photo: supplied

Run Melbourne is a charity run with a twist.

This year numerous brave participants from Geelong and the Surf Coast are tackling the winter air, waking up to train in the dark while mornings are foggy and still so cold you can see your own breath, and running for causes that are close
to home.

Perhaps braver than anyone running this year is Surf Coast local Tess McMurtrie.

In December 2020, Tess was diagnosed with Metastatic psteosarcoma, and after enduring months of chemotherapy and an above knee amputation she was left unable to walk more than 1km.

But, this year, with much training and community support, Tess and her mother Sue McMurtrie are bravely tackling the 5.5km to raise funds for Australia and New Zealand Sarcoma Association (ANZSA).

“We’re hoping with training and the support of our friends and family that we will together be able to complete the 5km Run Melbourne,” Sue said.

“It will be such an achievement for Tess and to raise funds for ANZSA,” Sue said.

Another group of Geelong residents are running to raise funds for Geelong Viqueque Friendship Schools, a partnership between schools in Timor-Leste and Geelong which funds school resources, training and education.

“This is close to my heart as I’ve spent time volunteering and re-visiting friends made in Timor Leste,” Anna said.

“Iona College Geelong is also in the process of organising a relationship with a sister school in Timor Leste to foster and grow a connection there,”

The run will take place on Sunday, July 24 weaving through Melbourne city landmarks and finishing on the Grand Slam Oval.

CEO of Sole Motive, the group organising the run, Lisa Holmes, said Run Melbourne has helped raise more than $18 million for more than 400 charities over the past 15 years.

“This couldn’t have happened without the help of our participants who have some of the most inspiring and encouraging stories.”

To donate to Tess and Sue’s run, head to bit.ly/3ImTBto, or support Geelong Viqueque Friendship Schools at bit.ly/3bXeUFU .

Registrations for Run Melbourne will stay open until July 24. Sign up at runmelbourne.com.au