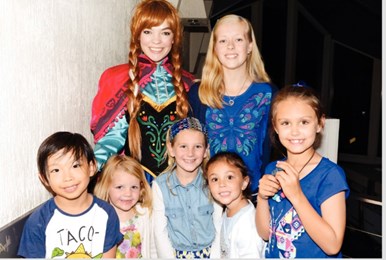 LIKE A ROLLING STONE Authenticity is a key word in any wine story, and achieving such an outcome can be like chasing a holy grail in some respects. It requires a deep understanding of your site, its strengths, and a commitment to a consistency of quality that surpasses any ordinary run-of-the-mill approach to making wine and like most things, simplicity is the key.
“If the grapes are grown correctly from the start, the wine will essentially make itself.” David Hohnen.
It is well documented that there is something special about the Margaret River region – the site, the soils, and the climate, that goes hand in hand with Cabernet and its blending varietals Merlot, Malbec and Petit Verdot, not unlike that of the famous Bordeaux region in France.
McHenry Hohnen is one such producer that is able to harness these elements alongside their three generations of experience as vignerons and winemakers, taking a “purist” approach to their winemaking with a focus on single vineyard wines, biological farming and a “hands off” philosophy. Established in 2004, pioneering winemaker and third generation biological farmer David Hohnen, along with grape grower and wine retailer Murray McHenry, who is also David’s brother in law, sought to get back to basics and focus on producing the best fruit possible from their site.
David Hohnen had studied winemaking and viticulture in California (the home of super fine “New World” Cabernet one could argue) back in the 1960s where he also refined his biological farming interests.
On returning to Western Australia in 1970, he established a small vineyard in Margaret River, which went on to become the famous Cape Mentelle Vineyards, and in the mid 80s he also established the equally famous Cloudy Bay in Marlborough, New Zealand. These two incredibly successful projects were eventually sold and David left to create McHenry Hohnen to pursue his concept of biological farming, grape growing and winemaking. His business partner, Murray McHenry, grew up around hotels, and was instrumental in creating a successful chain of fine-wine stores across Perth.
He also planted his first vines in Margaret River in 1984, selling grapes for many years to Cape Mentelle, and over the years built up his vineyard holdings in the region, with the focus always on producing quality fruit via natural, organic and biodynamic methods from unique vineyard sites specially chosen for their individual characteristics and aspect.
Of note are the Bordeaux varieties, which help form the major parcel of fruit allocated to their super premium “Rolling Stone” blend.
The winemaking team is headed these days by Trent Carroll, who is thoroughly enmeshed in the purist doctrine of winemaking, eschewing technology in the winemaking process alongside viticulturist Mike Sleegerswhose, whose bio-dynamic growing principles have proved their worth.
Their ethos is quality over quantity – a less-is-more approach that helps create small lots of expressive and authentic wines. Their flagship “Rolling Stone” Cabernet blend being a case in point.