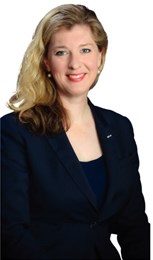 GEELONG community hospice Anam Cara House has experienced a changing of the guard with the appointment of new board chair Diana Taylor.
Ms Taylor replaces Lloyd Gosling, who has retired from the role after more than a decade devoted to the establishment and improvement of hospice services in Geelong.
Anam Cara House provides palliative respite and end-of-life care in a “home-like” environment; as well as support to carers and families.
It is the only facility of its kind servicing the Geelong and South West regions and also offers affordable accommodation options for those with a loved one receiving treatment at a Geelong hospital. Anam Cara patron Frank Costa paid tribute to Mr Gosling and the achievements of the organisation under his chairmanship.
“Lloyd has long been a passionate advocate for Geelong hospice services,” he said.
“His involvement at Anam Cara House Geelong goes right back to its inception and it has been in a large part because of his leadership and direction that the organisation has achieved national accreditation status and maintained its extremely high standards of care.”
Mr Costa said he was delighted Ms Taylor had leadership and business acumen were valuable assets to the organisation.
A lawyer and director of Geelong Football Club since 2010, Ms Taylor is also board chair of the Anam Cara Geelong Foundation established in 2013 to raise funds for the community-run, n “Diana is already a great asset to this organisation, and I’m sure her guidance in this new role will further help secure the future of these valuable services for our community,” Mr Costa said.
Anam Cara House Geelong director Rob Threlfall has been appointed deputy chair. Mr Threlfall is an accountant and business consultant and previously worked for the Geelong Football Club for 15 years. The two new board members join Dr Frank Scheelings, Bronwen Charleson, Colin Edmondstone, Norm Lyons, Kevin Costa, Maria Hamilton and Fr Kevin Dillon.