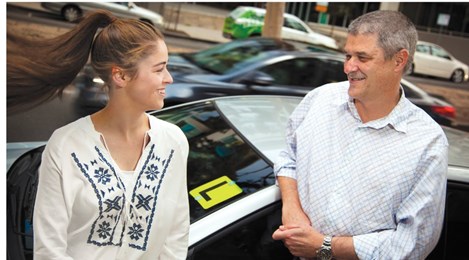 PARENTS are being urged to make every drive a good example, as students return to the classroom to start Term 2.
International research has shown there is a relationship between parents’ driving styles and those of their children in the first year they have their licence.
TAC road safety manager Samantha Cockfield said the findings were a reminder of why it is important for parents to be mindful of the impact of their attitude behind the wheel.
“As the before and after school pick-ups start up again, the onus is on parents to set the best example they can for their children,” Ms Cockfield said.
Children’s learning of driving behaviour starts long before they turn 16.
The pivotal role that parents play in their children’s development is highlighted in the TAC’s “Strings” campaign, which returns to television this week.
“What this campaign illustrates is how observant children are in their formative years,” Ms Cockfield said.
“It might be easy to forget sometimes, but the way parents conduct themselves in everyday life can really shape their kids’ actions in the future.
“If we are to achieve our goal of zero deaths and serious injuries on Victorian roads in the future, everyone needs to play their part.
“For parents, this means acting as role models every time they get behind the wheel, especially when children are in the car.
“The best example anyone can set is driving in a safe, calm manner, the sort of behaviour you would like to see from your own kids.”
The campaign will run until the end of the month.