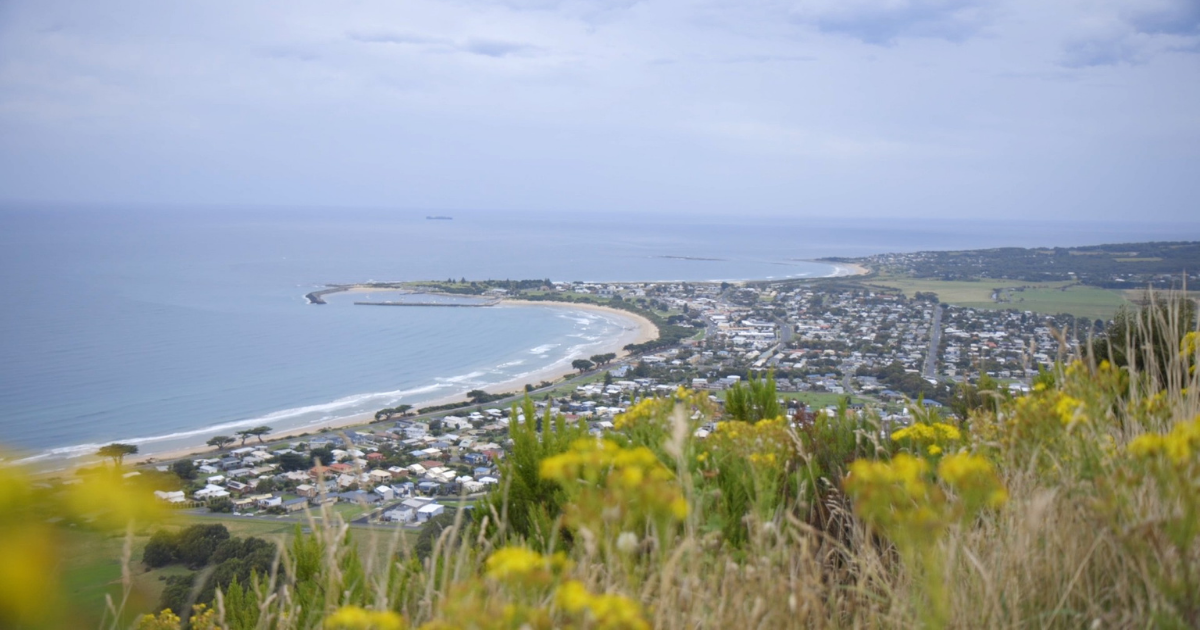 Apollo Bay was ranked behind only Cairns and Polkobin in Wotif's list.

APOLLO Bay has been rated as the best town in Victoria and the third best in Australia in Wotif’s annual tourism awards.

Now in its fourth year, the Aussie Town of the Year Awards run by the travel website recognise some of the country’s best destinations for the year ahead, to encourage Australians to hit the road and see more of their own backyard.

Apollo Bay is rated third, behind only Cairns in Queensland and Polkobin in NSW’s Hunter Valley.

This year’s winning destinations have been awarded based on their accommodation quality, affordability and traveller satisfaction.

New to this year, the awards also recognise destinations that have met the changing needs of travellers over the past 12 months by offering increased flexibility, good-value deals and appealing activities and attractions.

Many of the winning towns have also used the past 12 months to renew their offerings and emerge stronger as a result of the ongoing challenges.

Sally Cannon from the Apollo Bay Bakery said the result was fantastic for the town on the Great Ocean Road, its residents and its businesses.

“We obviously love where we live and it’s great the town has been recognised as one of the premier holiday destinations not only in Victoria but also in Australia,” Ms Cannon said.

“For people holidaying, there is so much to see and do, and there’s things that don’t take all day – in 10 minutes’ time you can be walking around a beautiful rainforest, there’s waterfalls, there’s the beach and all that has to offer, there’s fishing and surfing, you can go diving for crayfish and abalone.

“In terms of tourism things, Apollo Bay is well placed. Within an hour we’ve got the Live Wire Park in Lorne; we’ve got Trees Adventure, which is another 40 minutes inland; we’ve got the Otway Fly Treetop Walk; and now we’ve got Wildlife Wonders – that’s just opened and has to be seen to be believed, that is a world-class tourism facility.

“And I haven’t even mentioned the Twelve Apostles!”

“Our local community and anyone who has visited Apollo Bay knows what an amazing place it is, so it is really exciting that Apollo Bay is being recognised in Wotif’s 2021 Aussie Town of the Year Awards,” Cr Henson said.

“It’s time to recognise and celebrate the people and communities behind some of Australia’s finest tourism destinations – who continue to work tirelessly and adapt to new and ongoing restrictions,” Mr Finch said.

The top 10 Aussie Towns of the Year: