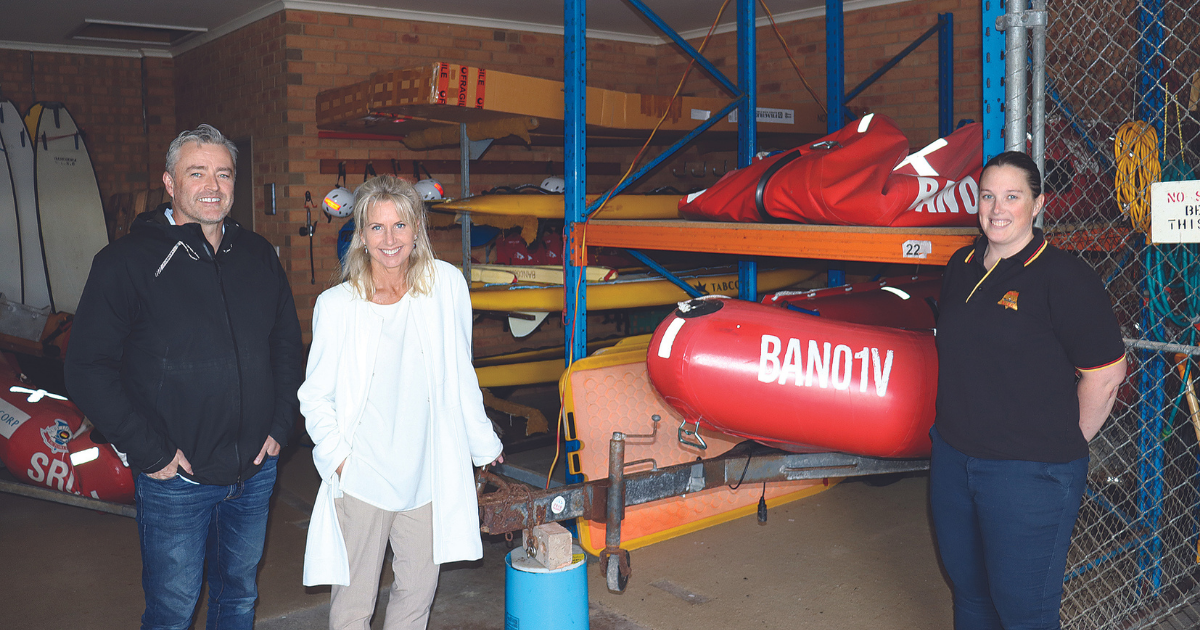 THERE’S more money on offer for surf life saving clubs on the Surf Coast should the Liberals retain government at the federal election, with $3.5 million committed to an upgrade of the Bancoora SLSC clubhouse.
Liberal candidate for Corangamite Stephanie Asher visited the club last week to announce the pledge, which the club says will go “most of the way” to supporting their ambitions.

The club wants to add a second storey above the existing storey, improve toilet, changeroom and training facilities, increase storage space for equipment, and also make the clubroom and surrounds more inclusive.

Bancoora SLSC watches over a stretch of beach visited by more than 20,000 people each summer, but the single-storey building is more than 30 years old and the patrol tower is in such poor condition it has not been used in two years.

Membership and Nippers enrolments have also been capped.

Ms Asher said the investment would mean safer, better connected and active communities across the Bellarine and Surf Coast.

“This support will allow the Bancoora SLSC to keep pace with growing local communities and support regional tourism.

“Confidence and safety in the water is critical for local residents and this expansion will allow more kids to build their skills and social connections through local Nippers programs.”

Bancoora SLSC trainer and assessor Christine Pope said she had been a member for nearly two decades, but facilities had not grown at anything like the same rate as the membership.

“When I was first here, there was probably six or seven families – now, we have well in excess of 120 Nippers, plus all their families, 40 to 50 patrolling members. It’s grown significantly, but our facilities have not changed.”