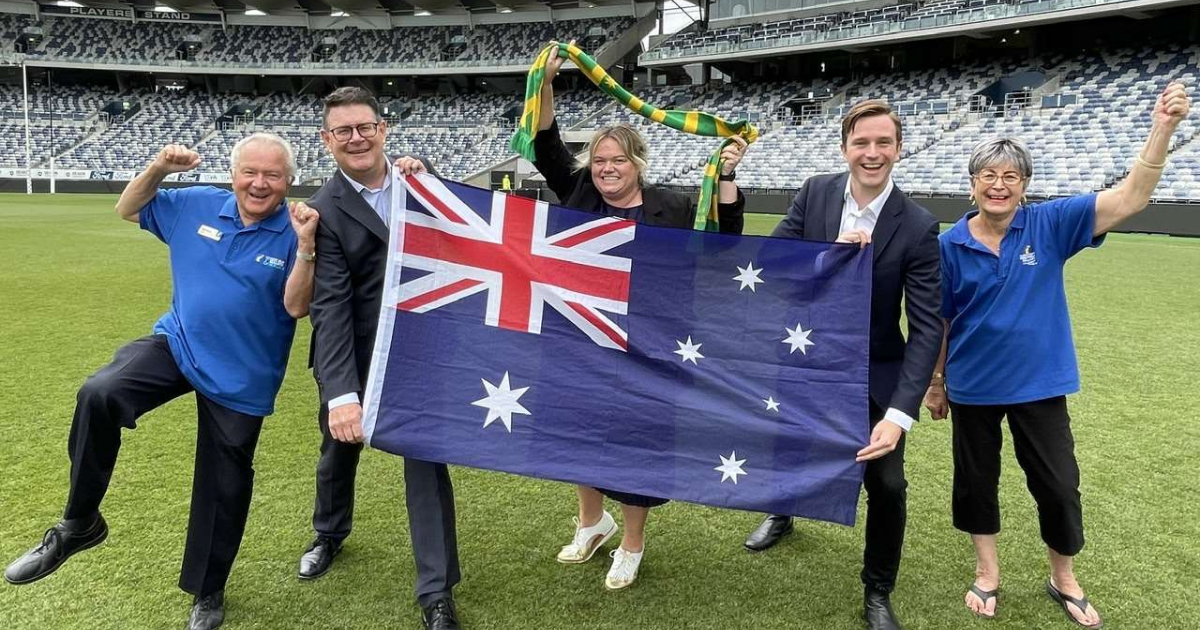 A BRAND-NEW indoor sports centre would be central to Geelong’s hosting of the 2026 Commonwealth Games if the City of Greater Geelong (COGG) can successfully lobby for government funding of its next big-money recreation project.

The city is developing a business case for a Regional Indoor Sports and Events Centre as a priority project, which it says would cement Geelong as a destination for future sporting events.

COGG will use the Games as a platform to advocate for major investment in the region’s sporting infrastructure, with upgrades to indoor pools and hockey centres also on the cards before the 2026 event.

Geelong was named as one of four hosts of the 2026 Games last week, after the state government finalised a deal to bring the event to regional Victoria.

Aquatics, including swimming and diving, beach volleyball, cricket, gymnastics, hockey, table tennis and triathlon are the sports that will be based at Geelong.

Deputy mayor Trent Sullivan said the council was forging ahead with planning for a new sports and events centre, and will lobby state and federal governments for funding in coming years to ensure it is ready as a centrepiece of the 2026 Games.

“The indoor centre would help to position Geelong as a destination for major indoor sporting events and could potentially provide the ideal venue for gymnastics and table tennis at the Commonwealth Games,” he said.

Cr Sullivan has touted Eastern Beach as an ideal host for beach volleyball and triathlon, while a redeveloped Kardinia Park looms as a logical host for cricket since it will already stage early rounds of this year’s men’s T20 World Cup.

But the council has grand plans to expand its current facilities for other sports to provide the elite-level facilities necessary for the world-class event.

“We are looking forward to having detailed discussions with the state government to understand their plans for where the seven Commonwealth Games events will be hosted in our region. We’re open to all ideas at this early stage,” Mr Sullivan said.

“We expect that new facilities or upgrades to existing facilities will be needed for aquatics, gymnastics and hockey.

“The Commonwealth Games therefore provide an opportunity to deliver crucial sporting infrastructure for our growing region.”

The state government predicts the 2026 event will contribute $3 billion to the economy statewide, while creating 600 jobs before the Games, 3900 during and 3000 after.