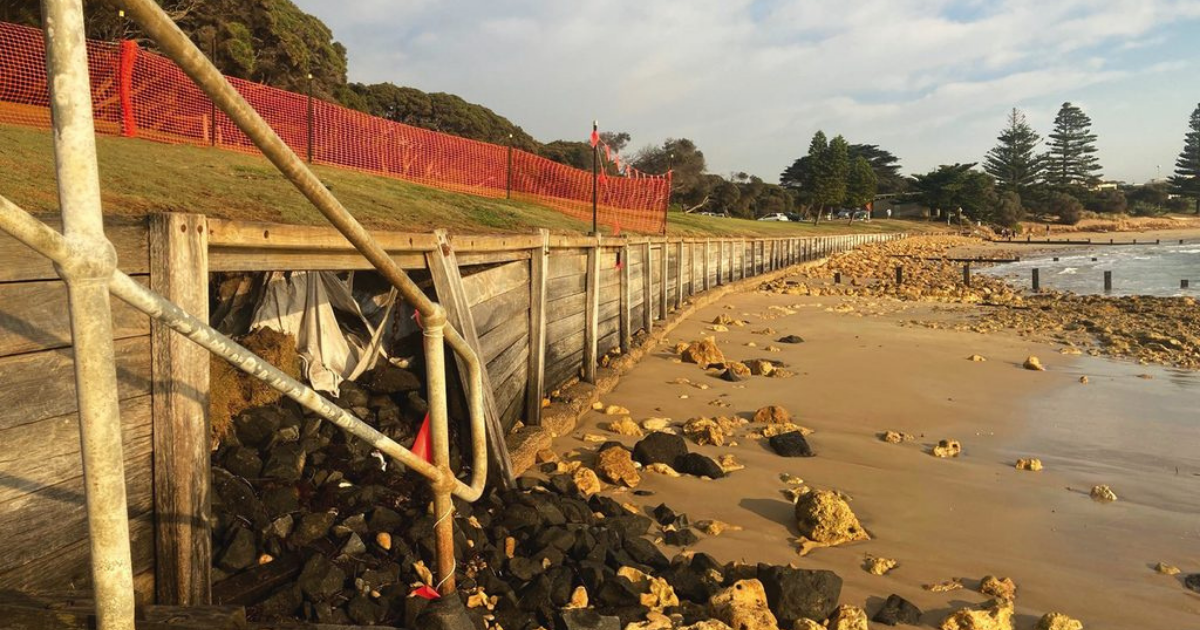 The sourthern end of Cosy Corner is closed to the public. Photo: SUPPLIED

THE southern end of Cosy Corner beach in Torquay is closed to the public after high tides and swell damaged a seawall.

The area is fenced off with orange webbing and access to the stairs next to the damaged wall is restricted.

The nearest access points are the ramp at Cosy Corner or the stairs on the surf beach side of Pt Danger.

Shifting sands at the region’s beaches are similarly impacting the reopening of the Rocky Point stairs at Jan Juc that were damaged by a storm on March 7 this year.

The GORCAPA spokesperson said sand is returning to the beach but the stairs are still closed as the authority tracks the sand movement to see if redesign and replacement of the stairs is required or they can be repaired.

“Winter is the time of year when we typically see the highest levels of erosion as bigger swells and more storms displace sand and shift it along the coast and out to sea,” GORCAPA CEO Jodie Sizer said.

“The summer just gone we experienced an usually high level of erosion at places like Rocky Point and Cosy Corner, likely due to prevailing south-easterly and easterly winds, brought about by a strong La Nina weather pattern.”

Further coastal restrictions remain in place past Soapy Rocks in Anglesea due to an overhanging cliff at risk of collapse and the beach beneath Demon’s Bluff was indefinitely closed at the end of 2021 prior to several mass collapses there.

Exclusion zones beneath Jarosite Cliffs near Southside also remain after a man in his 20s died there on New Year’s Eve.

“As winter draws closer we will continue to monitor the coast, especially known erosion hotspots, to ensure we are identifying and addressing problematic erosion as soon as possible,” Ms Sizer said.