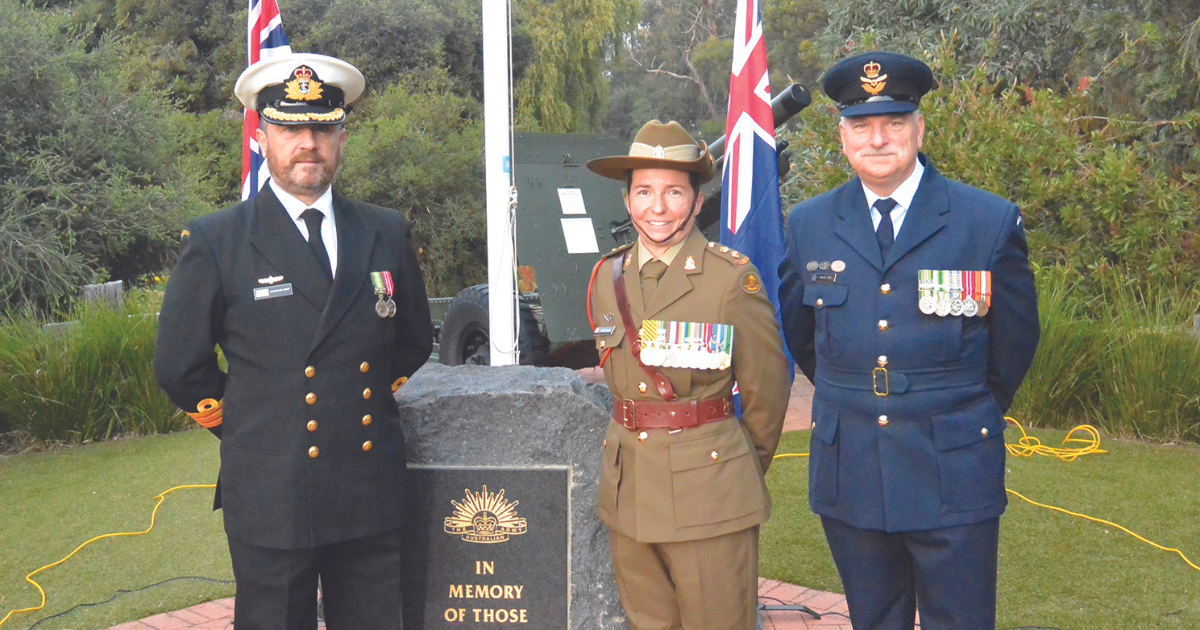 CROWDS returned to Anzac Day ceremonies across the Surf Coast at public events for the national day of commemoration for the first time in three years.

The Torquay RSL held a deliberately limited service at Point Danger, with the 12-minute event featuring no choir, no march, no large screens and no gunfire breakfast.

Although a long way down on the peak crowds of 15,000 of the past, about 3,000 people still stood in the dark from 6am on Monday to show their respect for the Australians who died in the Gallipoli landings on that date in World War I but also all Australians killed in military operations since.

The Torquay RSL held a smaller service about an hour later especially for veterans at the memorial gardens behind its sub-branch at the Torquay Bowls Club, which drew a crowd of about 200 people.

Torquay RSL vice president Daryll Topp read the Anzac Requiem for “those Australians and New Zealanders who sleep where they fell”.

“So I say: Australia’s sons and daughters, let us rejoice for we are young and free.

“And let us all, in our own individual way, make Australia a land where our forebears would have been proud.”

The Anglesea RSL did not hold a dawn service but organised a march followed by a commemorative service at their sub-branch in Murray Street.

Their service, attended by about 200 people, commemorated Australian peacekeeping operations in Somalia between 1992 and 1995. Tom McGrath was the guest speaker.