THE Surf Coast Shire will carry out a “realistic” reappraisal of what the nearly $40 million budget for the Surf Coast Aquatic and Health Centre can deliver, saying rising construction costs are having a “significant impact” on the project.

Last week, the shire’s general manager of place making and environment Chris Pike said the shire was preparing a report for the June 28 council meeting that would “detail the cost impacts and options for an aquatic and health centre within the available funding”.

Construction is anticipated to start in April or May 2023 and be complete in mid-2025.

The shire has appointed project managers Turner and Townsend and architects Peddle Thorp, who have developed concept designs to inform an assessment of the costs of the centre, to be built next to the Wurdi Baierr Stadium in Torquay North.

“As this work has progressed, it’s become increasingly apparent that widespread increases to construction costs will have a significant impact on the project,” Mr Pike said

“Industry group Corelogic’s Construction Cost Index increased in Victoria by 2.4 per cent over the March quarter, taking the annual growth rate to 8.8 per cent. This is the fastest pace of annual growth in construction since the introduction of the GST in 2000.”

He said some specific costs had risen much more dramatically.

“Container shipping costs have increased tenfold since the beginning of the pandemic and less heavily trafficked routes such as Australia are struggling to compete with higher yield ports in the United States and Europe.

“We remain very appreciative of the generous support of the Australian and Victoria governments and we are keenly aware of the strong desire many of our residents have for an aquatic and health centre.

“We want to deliver a quality centre that will meet the needs of our community, but given these extraordinary financial challenges, we have to think carefully about what the budget can realistically deliver.

“Our thinking will be informed by the costs of construction, ongoing operating costs, environmental standards and patronage of the various elements, and on this last point, the expected closure of the Torquay Swim School later this year is a factor to consider.” 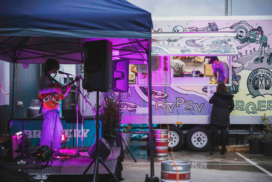