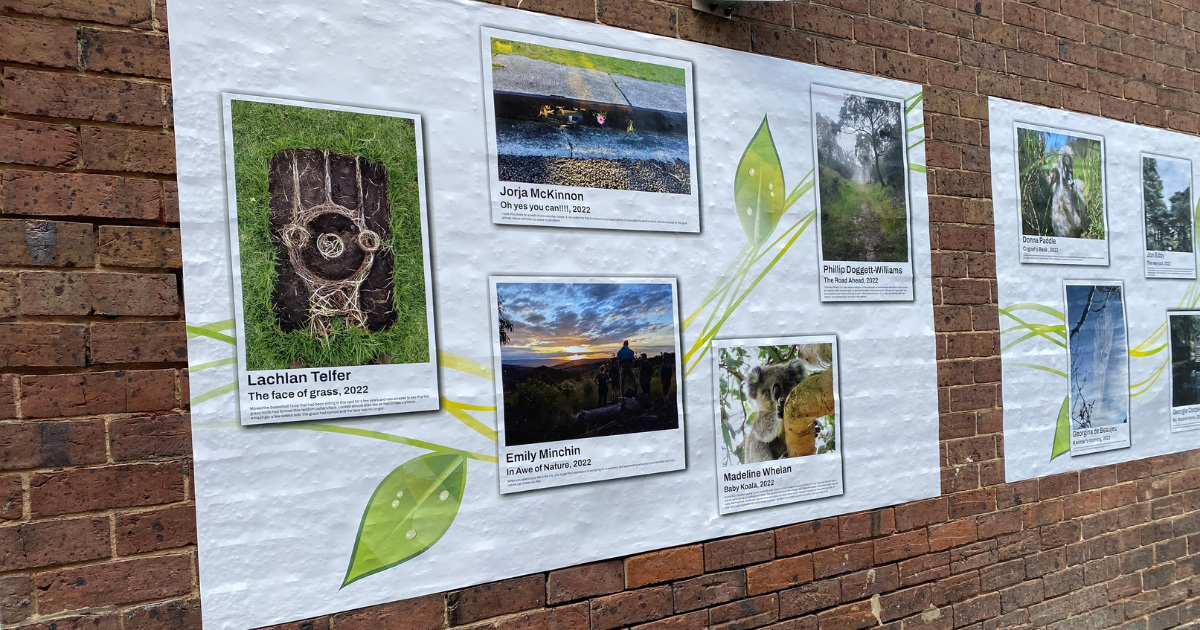 Outdoor exhibition Nature of Us encouraged residents to contemplate the importance of nature to urban environments at Denneys Place. Photo: SUPPLIED

Curators are confident the 2022 edition of the show was the largest in its brief history and are looking forward to building on its success for upcoming editions.

Geelong Design Week (GDW) was a 10-day showcase of local innovation, which celebrated the city’s designation as a United Nations city of design – the only region in Australia to earn the moniker.

Designers, educators, creatives and other professionals across a broad range of disciplines presented workshops, speeches and exhibitions to celebrate the quality of Geelong design and encourage new perspectives on how the city can utilise its talent in future planning.

Event curator and local artist Mary-Jane Walker hosted a two-part art exhibition titled Nature of Us which featured an open-air exhibition in central Geelong at Denneys Place and another at the National Wool Museum.

The exhibition invited Geelong residents to submit photographs which outlined how they connect to the natural world in their urban environments, under the event’s overall theme of ‘belonging’.

Dr Walker said the displays brought forward evocative ideas about how the city can look and feel as it grows as an urban centre.

“It was an opportunity for ordinary people to say how does nature help them belong in the city,” she said.

“We got some absolutely beautiful images, which connected them to nature in their local environment.

“It was very moving to read people’s paragraphs about how important it was to get out in the environment or see local wildlife, and how it really boosted and improved their morale especially during the lockdown period.

Recycling workshop The Reimaginarium had a practical approach, hosting design events that demonstrated ideas about sustainable repurposing of items.

“An emphasis on the ‘bigger picture’ is part of what we do in our day-to-day, in terms of what we can do locally and in the future on a much bigger scale, that was certainly represented with what we were presenting at design week,” The Reimaginarium’s Ryan Mischkulnig said.

“We certainly got a greater number of people coming in specifically for it, rather than experiencing it as part of coming into our space,” he said.

“It’s becoming understood as an event in its own right, rather than a spin-off of Melbourne Design Week like it was in the first year or two.”

Dr Walker agreed: “Overall I think it went very well. We were getting a lot of social media coverage and there was good visitation around the events,” she said.

“Every design week, people become more aware of Geelong as a UNESCO city of design, which really raises the profile, and I think that’s important.”

Curators will meet with City of Greater Geelong project officers to formally review this year’s event in coming days, before focus shifts to planning for next year’s extravaganza.