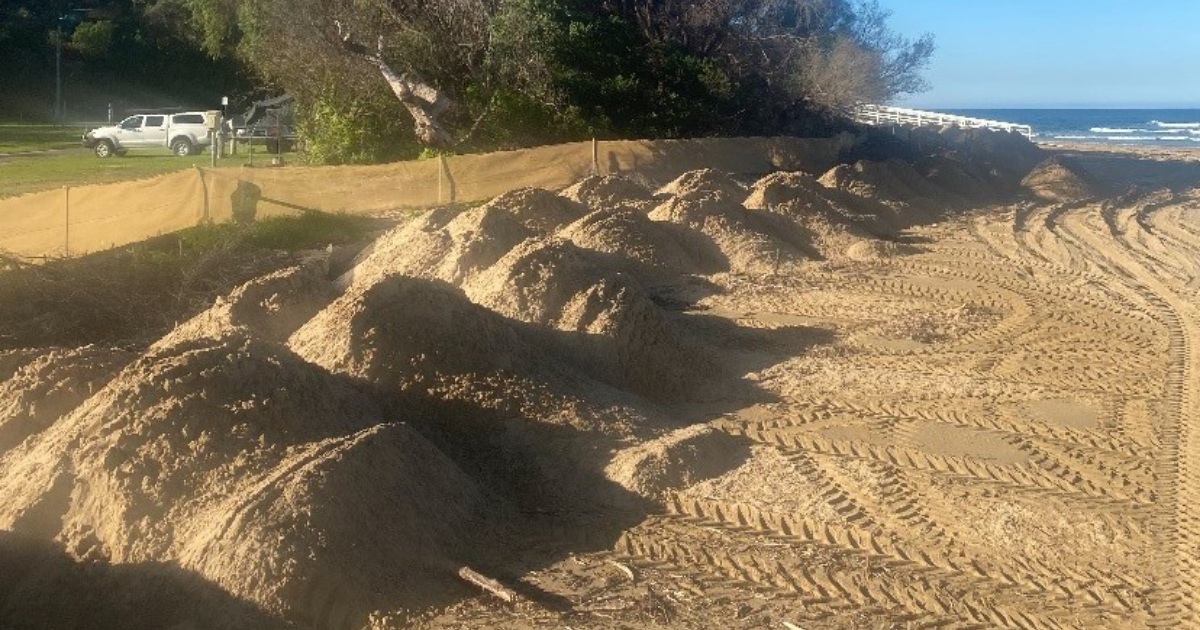 GORCAPA’s renourishment works involved transporting sand from the western foreshore to the eastern foreshore to protect Wye River Surf Lifesaving Club from erosion, with the sand providing further defense against river flows and wave action that typically builds up over winter. 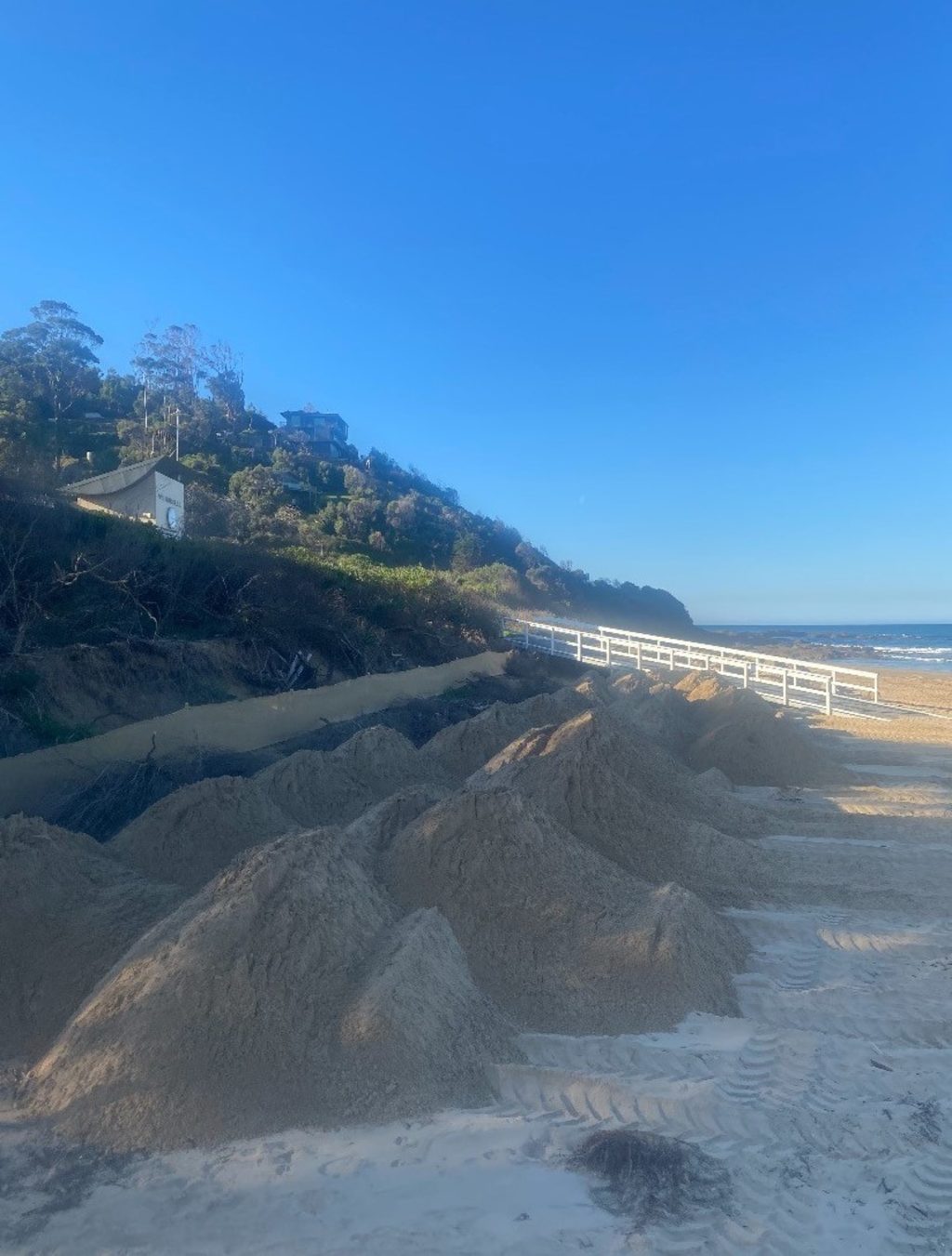 In winter 2019, it was identified that the river channel along the beach migrated to the eastern foreshore significantly increasing the erosion of the dunes in front of the surf club.

A combination of river flows and wave action in the eastern area had seen 15 metres of sand disappear, therefore creating a dangerous environment.

In 2021, Geotextile groynes were brought in as a short-term solution, which were successful in shifting the river channel towards the west, away from the surf club, which allowed for sand to build up and protect the area from further erosion.

“These renourishment works will help provide further resilience over the wild and woolly winter months while we continue to keep the community engaged as we investigate long-term options,” Ms Sizer said.

Whilst GORCAPA is thrilled to provide the extra protection to the area, the Authority and the Department of Environment, Land, Water and Planning are constantly investigating long-term solutions to resolve the issue.