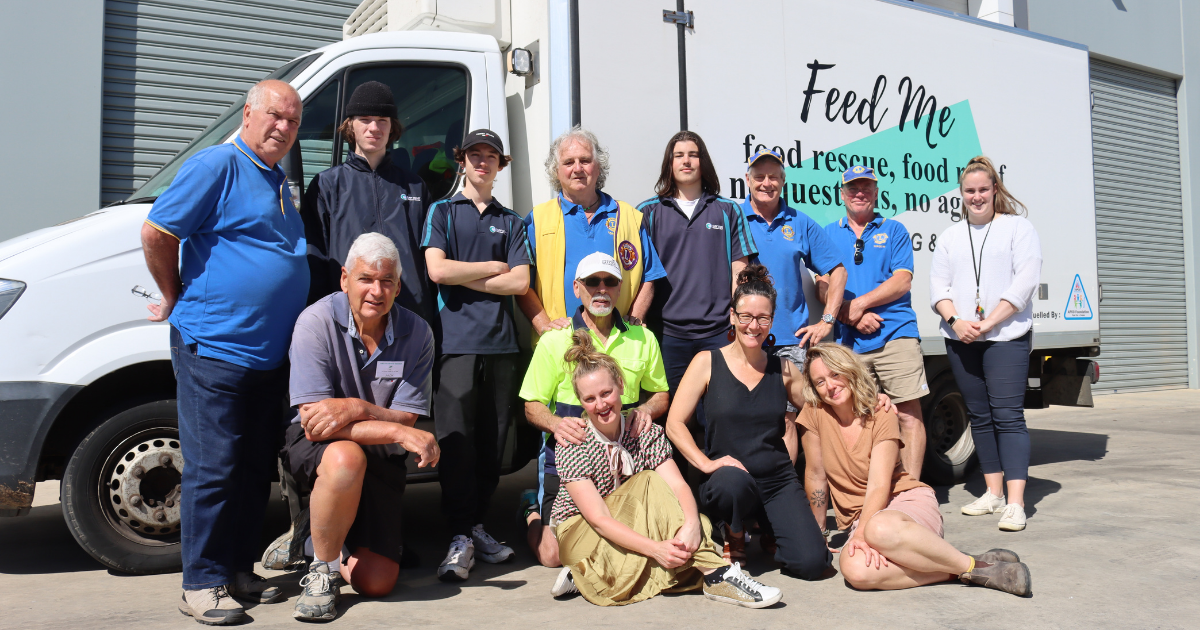 THE hard-working team at Feed Me Surf Coast is celebrating one year of trading and distribution from its Cylinders Drive base of operations in Torquay North.

Feed Me Surf Coast has been in operation since March of 2020, but only moved into its current warehouse from the Torquay Surf Life Saving Club in December last year.

The one-year celebrations for coordinator Brooke Murphy and her team have allowed the organisation to reflect on what has been a very busy and productive year of servicing the Surf Coast.

“To be standing here today after the year we have had, it’s definitely something to be proud of,” Ms Murphy said.

“We at Feed Me Surf Coast are not local, state or federally funded, there’s no private philanthropists behind us, it is all community run and community operated by everyone here in this warehouse, and without the support of the Torquay Lions Club we would not be able to do what we do.

“We’ve also been able to develop amazing relationships with the local supermarkets such as Coles, Woolworths and Aldi here on the Surf Coast. They’ve almost become part of the team in a way.”

Originally making the odd trip out to Ocean Grove and Jan Juc a year-and-ahalf ago, Feed Me Surf Coast has drastically increased its area of service for food deliveries over the past year.

“We now service an area that stretches all the way down to Belmont and Highton towards Geelong, as far into Breamlea on the Bellarine and as far inland as Winchelsea here on the Surf Coast,” Ms Murphy said.

“Our team of 30 drivers from the Lions club makes it all possible and one of the biggest impacts in the last year, was when the Lions took that burden off our backs.”

Ms Murphy sees Feed Me Surf Coast continuing to grow into the future to keep up with increasing demand, which may also see a change of location for their base of operations.

Feed Me Surf Coast also wants to maintain the community connections they have built with local institutions such as schools and disability services.

Ms Murphy and her team already have a long-standing partnership with Surf Coast Secondary where a handful of students help package food for deliveries.

Feed Me Surf Coast is always seeking donations. To donate or to request food help head to the Feed Me website at www.feedmebellarine.com.au for more information.