Lit cigarettes get Victorians hot under the collar 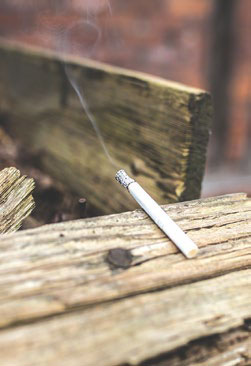 More than half of all reports to the EPA involved a cigarette that was still burning.

THE most annoying kind of litter to Victorians is the lit cigarette, according to Environment Protection Authority Victoria (EPA), which issued 12,000 litter fines in the past financial year.

The authority’s executive director Tim Eaton said some of the litter fines started with EPA officers making the report, but most reports came from members of the public who objected to offenders making a mess of their home state.

“When it comes to sheer numbers, cigarettes are the most common form of litter and the one most commonly reported to EPA by members of the public.

“More than three quarters of all litter reports to EPA involve cigarette butts tossed from vehicles, and 56 per cent of all reports involved a cigarette that was still burning.”

Other forms of litter that led to fines in 2017/18 included food packaging, drink containers and other small items, many of them made of plastics that can last for decades or even hundreds of years before they begin to break down.

“The litter that people leave behind doesn’t just go away; the clean up costs the community millions in every year,” Mr Eaton said.

“Litter does a lot of additional damage to the environment by contaminating the soil, choking our waterways and endangering native wildlife. And throwing a lit cigarette out of your car window is a serious fire hazard, particularly in summer.”

EPA’s public litter reporting service, established in 2002, was the first of its kind in Australia. It gives members of the public a clear mechanism for reporting people who throw litter from a motor vehicle, by using the registration number to track down the alleged offender.

Members of the public can report litterers to EPA by heading to epa.vic.gov.au or by phoning 1300 EPA VIC (1300 372 842), which can also be used to report other types of pollution such as illegal dumping, chemical spills and air pollution. 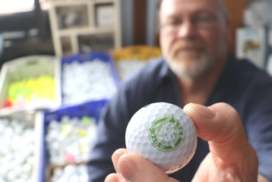